Agra: Where to go in India

The place where iconic Taj Mahal is located, Agra is one of the most popular tourist destinations in India. Sprinkled in Agra you will find an array of spectacular monuments and forts, each standing testimony to the elegance and artistic brilliance of Mughal architecture. Stunning mausoleums and tombs as well as resplendent fortresses are dotted amidst the din of this chaotic city. Despite the fact that this rambunctious sprawling city is bamboozling yet charming in its own way, collection of luxury hotels in Agra offer a veritable oasis amidst the din of this bustling city. 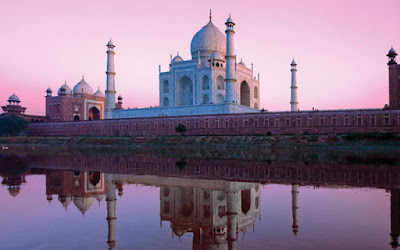 Tourists are drawn here by the soaring white marble beacon Taj Mahal, or to traverse the trails of Mughal Empire, there’s plenty to be explored while you are in Agra. Discover the rich heritage of medieval wonders of India as you walk through the history-laden corridors of World Heritage Sites like Agra Red Fort or marvel at the sight of magnum opus of Mughal architecture and one of the greatest icons of love Taj Mahal or walk the bazaars to collect memorabilia and rub shoulders with the bewildering mélange of people and colors. 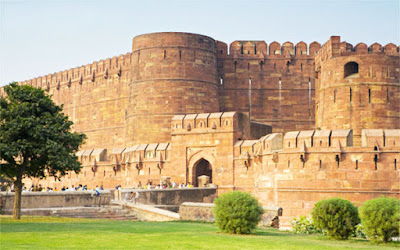 Besides Taj Mahal and Agra Fort, there are a number of historical landmarks and stunning monuments sprinkled in and around Agra which attracts tourists from around the world. But to experience the breathtaking beauty of these structures one has to endure the lesser attractive aspects of the prepossessing city of India which Agra has become. The polluted Yamuna, crowded city and chaos tell the story of urbanization and rapid industrialization of the city. The industries which include carpets, pietra dura in marble, zari embroidery and leather, have greatly contributed in furthering the woes of Yamuna and Agra. 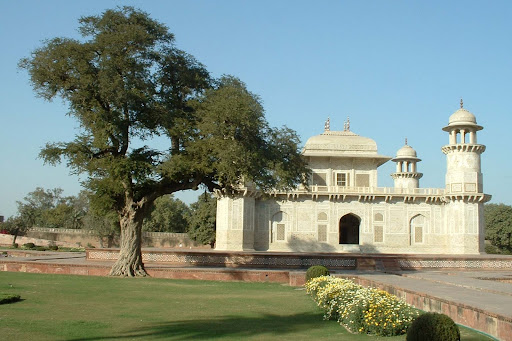 Facts you should know when visiting Agra

Getting there and away:

Agra is on the main train line between the Delhi-Mumbai (Bombay) and Delhi-Chennai routes, and many trains connect Agra with these cities every day. Some east-bound trains from Delhi also travel via Agra, so direct connections to points in Eastern India (including Kolkata) are also available. There are close to 20 trains to Delhi every day, and at least three or four to both Mumbai and Chennai. Agra and Delhi are notorious for their thick winter fog which reduces visibility to almost zero. If travelling in late December or early January (the fog season), travelers should be aware that, because of the reduced visibility, all trains slow down and travel time goes up. The Bhopal Shatabdi, for example, may arrive in Agra well after 10AM, and might return to Delhi well after midnight.

The train is easily the best way to travel to/from Delhi, Varanasi, Jaipur and Haridwar (for Rishikesh). Agra Cantonment (Cantt) train station (2421204) is an important stop on the main Delhi–Mumbai (Bombay) line, with several trains daily from both New Delhi and Hazrat Nizamuddin train stations. The fastest and most comfortable train to and from Delhi is the daily AC Shatabdi Express (chair/executive ex Delhi Rs 370/720, ex Agra Rs 395/760, two hours). It leaves New Delhi at 6.15am and departs from Agra for the return trip at 8.30pm, making it ideal for day-tripping.

A cheaper alternative is the daily Taj Express (2nd/chair Rs 56/211, three hours), which leaves Delhi’s Hazrat Nizamuddin train station at 7.15am and departs from Agra for the return trip at 6.55pm. This gives you less time in Agra, but it connects with the daily tour. Be extra cautious with your luggage on this route.

For Khajuraho, take any train to Jhansi (sleeper/3AC Rs 108/305, three hours) and a bus from there. Other trains run to Mumbai, Pune, Goa, Chennai (Madras) and Thiruvananthapuram (Trivandrum).

Agra’s Kheria airport is 7km from the city centre, but Indian Airlines (2226820; Clarks Shiraz Hotel, 54 Taj Rd;10am-1.15pm & 2-5pm Mon-Sat) has ceased its Delhi–Agra–Khajuraho–Varanasi flights and there are currently no scheduled flights to or from Agra.

Agra's Taj Mahal is one of the most famous buildings in the world, the mausoleum of Shah Jahan's favorite wife, Mumtaz Mahal. It is one of the New Seven Wonders of the world, and one of three World Heritage Sites in Agra.

Agra Fort (sometimes called the Red Fort), was commissioned by the great Mughal Emperor Akbar in 1565, and is another of Agra's World Heritage Sites. A stone tablet at the gate of the Fort states that it had been built before 1000 but was later renovated by Akbar. The red sandstone fort was converted into a palace during Shāh Jahān's time, and reworked extensively with marble and pietra dura inlay.

The Empress Nūr Jahān built I'timād-Ud-Daulah's Tomb, sometimes called the 'Baby Tāj', for her father, Mirzā Ghiyās Beg, the Chief Minister of the Emperor Jahāngīr. Located on the left bank of the Yamuna river, the mausoleum is set in a large cruciform garden criss-crossed by water courses and walkways.

Sikandra, the last resting place of the Mughal Emperor Akbar the Great, is on the Delhi-Agra Highway, only 13 kilometres from the Agra Fort. Akbar's tomb reflects the completeness of his personality. The vast, beautifully carved, red-ochre sandstone tomb with deers, rabbits and langurs is set amidst a lush garden.

The oldest Mughal garden in India, the Rām Bāgh was built by the Emperor Bābar in 1528 on the bank of the Yamuna. It lies about 2.34 km north of the Tāj Mahal. The pavilions in this garden are designed so that the wind from the Yamuna, combined with the greenery, keeps them cool even during the peak of summer.

The Mehtāb Bāgh, or 'Moonlight Garden', is on the opposite bank of the River Yamuna from the Tāj Mahal. This lush Mughal Garden is probably one of the best places to observe Taj Mahal with an unobstructed view.

Agra tries your patience all year round, so it’s best to visit in the cold season (November to March) when frayed nerves are soothed both by the beauty of the Taj and winter’s gentle sunlight.