India is blessed with enormous natural bounties and beauties. Home to over 88+ national parks, 70% of the great Himalayas that runs along its north and northeastern border and the Western Ghats that stretches all the way from North to South along the Western edge of the country from, India houses some of the most vibrant biodiversity hotspots.  To be inscribed by UNESCO as World Heritage Site is no mean feat and the natural sites that we will talk about are the 6 Must Visit Natural World Heritage Sites in India. So read on and hopefully visit them as soon as you can!

An Indian National Park, which encompasses a unique natural zone between the Great Himalayas and Zanskar, Valley of Flower is something about which you hear only in a fairy tale. Like a giant colorful carpet covering the mountains, the flower valley sprawls over an expanse of around 87 km sq km . Since 2004, the park has been a UNESCO world-heritage site. Well, these were some facts of this unique valley in the state of Uttarakhand.


Speaking of its immense beauty, one just cannot be tired of speaking about it the whole day.  Representing western Himalayan meadows and , the valley of flowers with its alpine vegetation has gained great importance. It has permanent species of flowers like the colorful , Daisies and Poppy. Also, the valley boasts of flowers of tremendous medicinal values. If you are a trekker, florist, botanist or just an admirer of nature’s beauty, a trip to this myriad region of flowers is a must.


However, you need to take care of certain things before planning a trip. As it is a reserved natural area,  permission from the authorities is required. Plus, the timing of the visit is very important. The best months to see the whole valley turn into a playground of multi colors are July and August.

The valley of flowers also offers an opportunity to watch some of the rarest and endangered species of animals in their natural habitat. A total of 13 species of mammals that include Asiatic black bear, red fox, blue sheep and musk deer can be seen, while walking along the flowery trails in the valley. 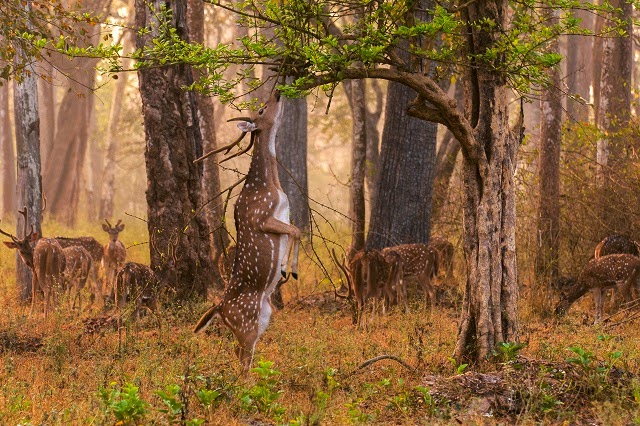 A National park, wildlife sanctuary, tiger reserve, biosphere reserve and a UNESCO world heritage site. These are some of the titles, the region of is accolade with. Just as one reaches the southern tip of West Bengal, where the land meets , you would be welcomed by the marshy Sundarbans.


These provide natural homes a variety of animals, underlining the royal Bengal tiger as its pride. Being situated at the biggest delta in the world, -Brahmaputra , the geography of is all about mangrove forests, with a variety of flora and a unique ecosystem to support the life form.


You would have seen numerous Bollywood movies on Sundarbans like the recent flick ‘Roar’, where the Royal Bengal tiger turns haywire on visitors and rule the land like his den. reality, the land is still ruled by the tigers, but with aggression. 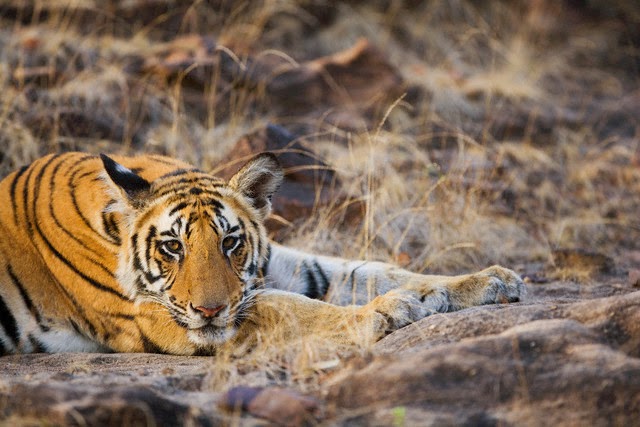 Around 400 tigers walk over the damp lands of Sunderbans and can be watched from a manageable distance by the visitors. Tigers in this area are prone to swimming in the saline waters of the delta, although water has been the territory of any form of cat. Nevertheless,  don’t panic if you see any tiger swimming near your house boat.

Besides the black striped yellow cat, wildlife lovers can always fancy saltwater crocodile and Ganges River Dolphin in the of Sunderbans. You can even have a great time watching beautiful migratory birds in the vicinity. Prime ones are Openbill storks, Waterhens, Pheasant Tailed Jacanas, Gray Herons and Paradise-Flycatchers. Watch out for venomous snakes as they are in abundance at Sunderbans. 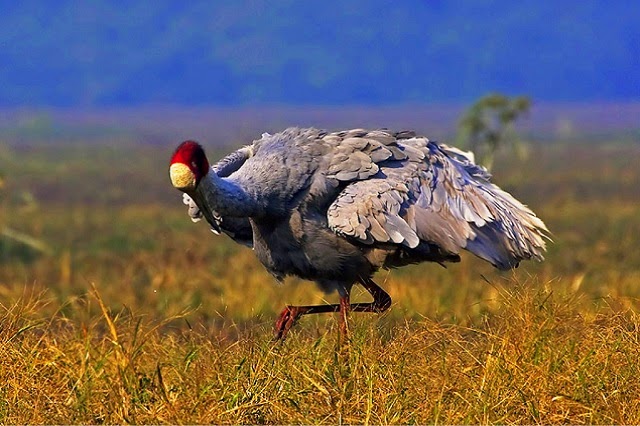 Escaping the boulevards of the mainstream Rajasthan, Keoladeo National Park seems like the best option any bird lover can have to wind up. Especially during winters, when its geography turns into a big fat nest of migratory birds.


You would be wondering what is so unique about this man-made wetland that lures thousands of foreign birds towards itself. Well, the answer lies in its strategic location. Being located the Central Asian migratory flyway and the presence of a , the breeding birds do not seek a no, but make a stoppage at this address.


This trend of migration has been in continuation since the historic times, when the National Park was used as a hunting ground by the early rulers of the state. Now the hunting is over, so the visitors can get to see a humongous range of exotic birds. With over 370 species being recorded in the park till date, you just simply cannot ignore its variety.


Amongst the major attractions, Keoladeo National Park finds its biggest pride in the range of migratory waterfowls that visit the ecology during winters. Herons, , Common Sandpiper, Sarus Crane, Siberian Crane and Storks add to the glory of the park.


[ Also check out some of the best national parks in India ] 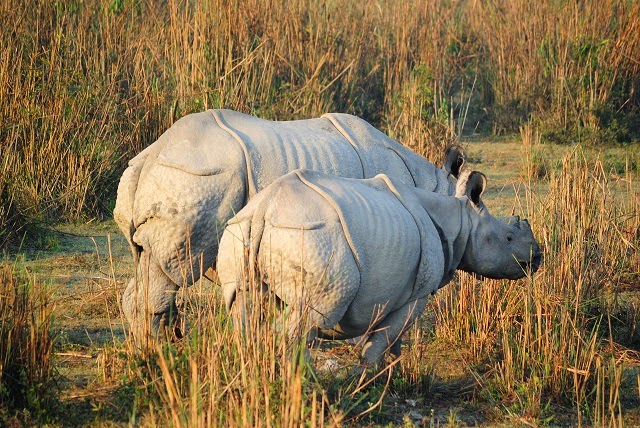 Home to the Great Indian One Horned Rhinoceros, Kaziranga National Park runs all along the Brahmaputra river in Assam. Ironically, this undisturbed area of wilderness, is also one of the most popular tourist destinations in India. To the delight of wildlife enthusiasts, the national park is not only in the limelight for its enormous population of one-horned rhinos, but it has tigers as well to boast upon.


Looking at the high density of tigers in Kaziranga, the national park was also declared a tiger reserve almost a decade back. Kaziranga, being a source of inspiration for several books, documentaries and songs, is altogether a different world in its own. The serenity and unique biodiversity Kaziranga in terms of its flora and fauna make it perfectly suited for wildlife safaris that include Elephant safari and Jeep safari.


A tour in the wilderness of Kaziranga comprises moving through the vast expanse of marshland and dense tropical broadleaf forests. Being on an elephant back or a jeep, the safari will take you deep in the wild. Imagine clicking a wild and strong rhino mom  peacefully grazing on the grasslands of Kaziranga with her cub, just like the Discovery people use to do.

The mere thought of it is enthralling, wonder what the reality would feel like. Similarly, you can capture beautiful pictures of Indian tigers, Asiatic water buffaloes, Sambar deer, Gaur and exotic bird species like Blyth’s Kingfisher, Black-necked stork, Ferruginous duck, White-bellied Heron and Gray-headed fish eagle in the all dense Kaziranga National Park.

[ Also check out some of the best national parks in India ] 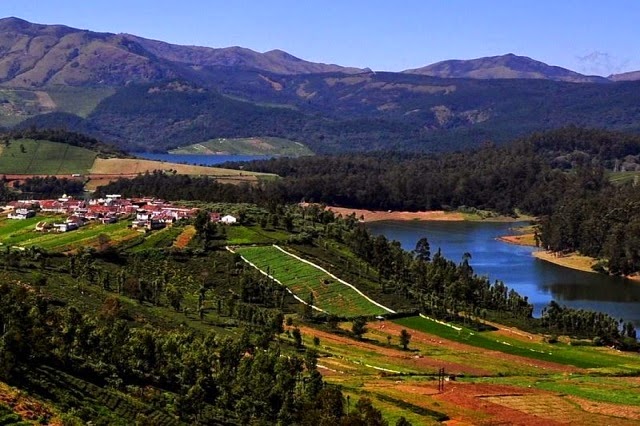 Famed as the ‘Blue mountains’ of India, Nilgiri hills are one of the most popular tourist destinations in India. As you climb different altitudes of the Nilgiris, you would be coming across hill stations like Kotagiri, Coonoor and Ooty. Being in existence since a very long time, like the Aravallis, the region has encapsulated within itself pristine valleys, waterfalls and small hills.


Blessed by such a topography, the Nilgiris demand to be explored best on foot. If you are fond of trekking, then the hills in this region are just your cup of tea. The region consists of forests of Teak and Rhododendron which brilliantly depict its  geographical diversity. There is also a wildlife sanctuary with the name Mudumalai Wildlife Sanctuary in the vicinity.


Being a part of Nilgiri Biosphere Reserve, the sanctuary serves as an excellent delight for wildlife lovers. Animals like Tigers, Leopards, Chital, Sambar, Sloth Bear, Macaque and elephants are the prime attractions of Mudumalai Wildlife Sanctuary. Besides trekking through the lush green cover of the hills, one can have a quaint time fishing and angling.


If you are at the Nilgiris, do not forget to take away tea bags of the world renowned ‘Nilgiri Tea’. There is also one ‘Tea and Tourism Festival’ held in the starting months of the year. Therefore, a pocket full of reasons for everyone to travel to Nilgiri Hills, atleast once in their life time.

Himalayas in the north of India hold such a massive repository of diversity, the regions of which not only pushes the limits of adventure lovers, but they preserve the natural heritage of the country as well. This somewhat describes the jewel of the Himalayan region, the Great Himalayan National Park, which today enjoys the privileges of a UNESCO world heritage site.


An ideal Himalayan retreat, highlighting emerald meadows, coniferous forests, snowy peaks and glaciers, the high altitude national park is like no other in India. Its rugged topography and not so easy accessibility, offer the primates of the park a safe and diverse ecological system.


If you are planning to visit the Great Himalayan National Park, make sure you do it in the summers, so that your access in the different regions of the park does not go limited. Some of the most rare species that you can check out in the national park are Himalayan Tahr, Bharal or commonly known as Blue Sheep and Musk Deer. Well, these are the animals you would easily spot in the national park. But, for true wildlife experts and lovers, the wait to watch your favorite animal can stretch from days to weeks.

Under this, Snow Leopards are hard to spot. These shy cats are not fond of staying in groups and prefer to stay hidden at the daytime, leaving the nights for an ambush. Thus, a good amount of patience and observation is required to click these beautiful carnivores. Apart from this, the rich diversity of the park also provides a natural habitat to spectacular birds like Monal Pheasant, Western Tragopan, Himalayan Griffon, Golden Eagle and the Great Himalayan Barbet.