Fair & Festivals in India in September 2019

September brings India into a full swing. It is that time of the year, when the country celebrates some of its biggest festivals in a manner that reflects how deep it is rooted its culture and traditions. Mentioned below are some of the popular festivals in India in September, the celebrations of which spread to its every corner.

If you wish to experience what impact a music festival can leave your mind, then you must head the Ziro festival of music. Not as great as the Woodstock, but certainly this one is enough for your soul to fly like a free bird.

Some call it the wilderness effect, created by the magical landscapes and mystical mountains of the breathtaking , while others believe it’s the fusion of artists (global and local) that defines the beauty of this festival. Whatever it is! The Ziro music festival is one fun trip that every music lover must cling on to.
The Ziro festival of Music on for 4 days and is a chance to live your hippie dream (staying in camps, merry making and the unescapable charm of music).

Hindu’s most adorable Lord, Lord Ganesha, gets a special attention in the month of September. And it so happens in the city of Mumbai again. A birthday celebration that on for 11 days, Ganesh Chaturthi is one of the most auspicious festivals in this part of India. Huge and elaborated clay statues of Lord Ganesha make their way to the residences and podiums of the city. This represents the homecoming of the lord and on the last and the final 11th day (Ananta Chaturdashi), the statue of the lord into the sea, with a belief that every of their worries and problems will also be carried away with him. Before the submergence of the idol of the divine, they on the streets with full processions that include a lot of singing (Ganpati Bappa Moriya) and dancing.

Festivities of this scale can also be seen in the other southern states of India (TamilNadu, Kerala, Goa and Karnataka) as well.

When: September 2-12, 2019
Places to be during this time: Ganesh Chaturthi is the favorite festival of the state of Maharashtra and especially Mumbai’s. You can also visit Goa, TamilNadu, Karnataka and Andhra Pradesh to witness the festivities.

For all those who take Ladakh as a cold, rusty, barren land, where the vibrancy of mass human gatherings or civilization is highly remote, the Ladakh festival celebrated in the month of September is a mind changer. The Ladakh festival is an annual fiesta that the locals cherish their deep-rooted culture and traditions, which are the same since time immemorial. It all starts with a procession of dancers, school children and sometimes local leaders.

This gets followed by yak, lion and mask dances. By this time, the festivities turn into a big time high; not to forget the contribution of the locally made barley beer, known as Chang. The festival also talks about sports in the form of archery contests and polo matches. Adventure sports, being one of the faces of Ladakh, become the same for this festival as well. During this time various adventure expeditions like white water rafting, trekking and are organized.

In a nutshell, the Ladakh festival is one last reason for the region to ride the wave of celebration and partying, because after that it’s nothing but a cold and dull spell of winters.

[ Read more about Ladakh Festival and plan your trip ]

Also known as Id--Zuha, it is one of the most auspicious festivals of the Muslim world and is celebrated all over the globe. Indians prefer to call it Bakr-id because of the tradition of sacrificing a goat (Bakri) being involved.

The sacrifice has an interesting story behind it. Muslims have a belief that Allah (God) ordered Ibrahim to put his son forward as a mark of sacrifice. While following the Lord’s commands, the son accidentally got replaced with a sheep at the very last moment.

As part of the celebrations, visits to mosques in new outfits become the order of the day. People offer special prayers and exchange gifts with their loved ones. Read More

Hindu religion him as ‘Devashilpi’ or the ‘Architect of Gods’. He, Lord Vishwakarma, is the divine engineer and is worshipped mainly by the professionals. Hindus believe that Lord Vishwakarma fabricated the entire universe as per the wishes of Lord Brahma. Thus, as a mark of reverence to the lord, Vishwakarma Puja is carried on by artists, craftsman, weavers and Industrial houses. Idols of the Lord and his elephant are put on display at decorated Pandals. The occasion also attracts kite flyers. Owing to which, several multi-colored kites can be seen ruling the skies. Read More 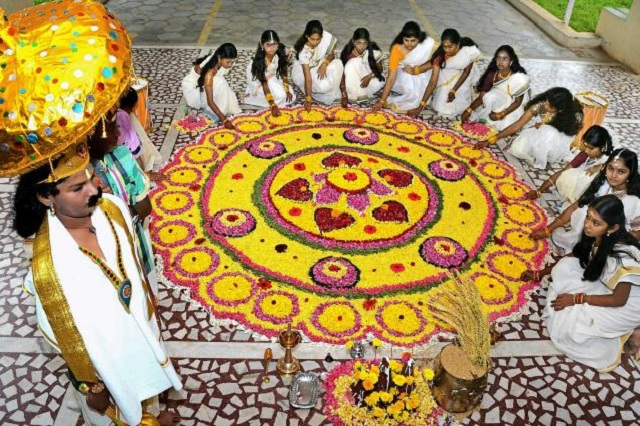 It’s the homecoming of the Devil king, Mahabali, and the Malayalis love it. With complete traditions and rituals, they welcome him at their home. And is the state festival of Kerala, Onam.

The festival is one of the most ancient in India, but has not lost its traditional festive shine in today’s modern times. Onam is basically a harvest festival, which beautifully showcases the culture and heritage of Kerala. Decorations known as Pookalam mark the entrances of the homes.

Women dressed in colorful attires serve guests with authentic Kerala cuisines that are a part of a ritual named Onasadya. And on the streets, processions and parades in the form of Pulikkali Tiger Play, whereas the backwaters, being raced down by traditional snake boats,  depict the festive spirit of the auspicious Onam. Read More


When: 1st - 13th September , 2019 (celebrations start 10 days prior and continue for around a week after).
Where: Kerala. The most spectacular celebrations take place in Trivandrum, Thrissur, and Kottayam. For Aranmulla snake boat race, travel to Pampa river, near Chengannur, South of Alleppey in Kerala. 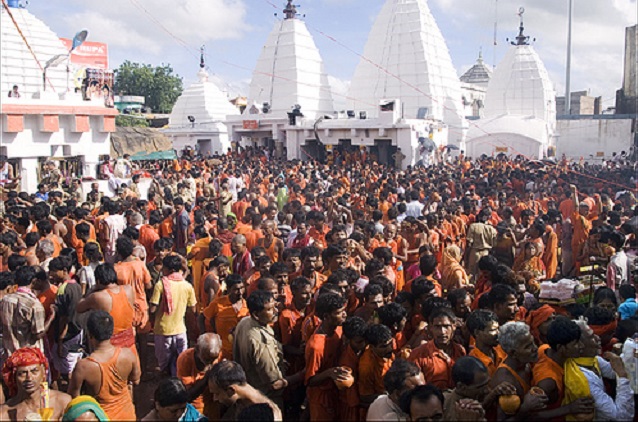 Celebrated the monsoon months in India, Shravani Mela is a festival dedicated to the almighty Shiva. In an attempt to pay obeisance to Baba Baidyanath Shiva, thousands of Saffron clad devotees march for more than 100 km.

The tradition says it starts on the Amavasya (No ) day in the month of and ends by the Purnima (Full moon) day. In between all this, devotees have to fetch the holy waters of Ganga and it at Baidyanath temple.