What luxury train does is that it lets you leave behind the hassles of airplanes and car rentals and bumpy rides on your tour to India.


With the ability to experience luxurious accommodations, amazing culinary events, and breathtaking scenery, plus the chance to hop on and off at some of the India's most iconic destinations, luxury train travel can be immensely rewarding, romantic, and eye-opening. It not just transports you to places but even a different era - better than any other mode of transportation.


As far as sightseeing in New Delhi is concern, none of the luxury train offers a day’s tour program in Delhi. You may better choose either Delhi metro for the local sightseeing of Delhi or go for the HOHO tourist bus service which takes you to over 19 tourist places in Delhi.

HOHO service is air conditioned and also provided on board guide.

Delhi Metro will also take you to prominent tourist destinations but you’ll have to research the stations where you need to get down and then at most of the tourist places, you’ll have to either walk some distance or need to hire tuk tuks or 3 wheel rickshaw to get to the monuments/attractions. Here's some more infornation on Delhi Metro Rail.

Now luxury train are a different breed altogether. They take you on 4 to 7 night’s journeys across some of the most prominent destinations in India cutting across the state boundaries. There are 5 luxury trains to be precise with a total of 11 journeys to choose from.

Palace on Wheels is the first ever to be introduced in India offering luxury train tour to Rajasthan along with a halt in Agra to visit Taj Mahal, Fatehpur Sikri and Bharatpur Bird Sanctuary. The all inclusive seven night journey (http://bit.ly/1iS7q3K) starts from USD 2730 per person per journey. The guest accommodation is basic but reminiscent of a bygone era.

The most luxurious and the latest is Maharajas’ Express which has been voted World’s leading luxury train for 2nd consecutive time this year at World Travel Awards. Maharajas’ Express is like a moving 5 star hotel on wheels with facilities such as Wi-Fi internet, attached washroom with showers and even bathtubs in suite, live television, dining cars and lounge bars.

The journey on board Maharajas’ Express starts from USD 3840 per person per journey for 3 nights journeys (Treasures of India & Gems of India) in Deluxe Cabins whereas the same journey will cost you USD 12900 for the Presidential Suite accommodation. The 7 nights itinerary starts from $6840 per person for Deluxe Cabins which goes as high as $23,700 for Presidential Suite accommodation.

Then there are other luxury trains like The Golden Chariot which offer 2 journeys in South India whereas yet another train Deccan Odyssey offering 3 itineraries -1 covers Maharashtra along with Goa and 2 other starts from Mumbai and Delhi and covers destinations in Maharashtra, Rajasthan and Agra.

Yet another luxury train Royal Rajasthan on Wheels offer 7 nights luxury train journey to destinations in Rajasthan along with halts in Khajuraho, Varanasi and Agra.

Depending upon your budget and preference, you could select one of these luxury trains in India to have an exclusive holiday experience in India. Here’s the detail of all luxury train for your further research http://bit.ly/1iS7EHV.

The incredible charm of Corbett National Park wins the hearts of wildlife enthusiasts and attracts them to explore the exotic flora and fauna. The natural setting of this wildlife sanctuary also marks the national park as a favorite getaway in the list of nature lovers.

Also known as the Jim Corbett National Park, this reserve happens to be the first protected area in India to witness the Project Tiger inauguration. Yet another major wildlife sanctuary to come under Project Tiger was Ranthambore National Park. It boasts of the highest probability of tiger spotting in natural habitat.

The largest grassland in the park is Dhikala Chaur. Moreover, tow of the best grasslands, Buxar Chaur and Beri Chaur, submerged under the reservoir Ramganga.  This is one of the best parks to visit in India not just for the abundant variety of flora and fauna but even for weekend breaks and serene retreats.

If you are considering your decision to visit, then here's some pointers as to why choose wildlife for holidays in India.

The reservoir was established in 1974 and stretches over an area of 82 sq km. One half of the reservoir is under the Corbett National Park, while the other half falls under the Sonanadi Wildlife Sanctuary. The park remain close to visitors during Monsoon. The only national park in India that remains open during monsoon is the Periyar National Park in Kerala.
Important Information:

E. A. Smythies and E. R. Stevans firstly proposed the idea of protecting the forest reserve in early 20th century. In 1930s, due to the diligent efforts made by Jim Corbett (popular author and wildlife conservationist) the protected area was named as Hailey National Park and in 1936 it was recognized as the first national park of Asia. As soon as the forest cover was recognized under the reserved area, poaching and hunting was completely banned. 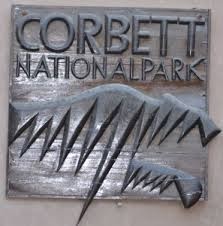 Later in 1954, the national park was renamed as Ramganga National Park and thereafter was again in 1955 it was renamed as Jim Corbett National Park. The change in name was to show gratitude to Jim Corbett for his contribution. In 1974, the national park was selected as the first protected area to inaugurate and launch Project Tiger. This project was to protect the Royal Bengal Tigers.

The management, along with focusing on wildlife protection, took a step ahead to initiate ecotourism. This step resulted in huge footfall since 1991 and also protected the natural ecosystem.

Highly popular and successful movie ‘Wild Saga of Corbett’ (2007) by Kahini Ghosh Mehta, a young photographer & naturalist, also pictures how every tourist can play their part in maintaining and protecting the ecosystem of the Corbett National Park.

Flora & Fauna:
The rich flora and fauna of Corbett National Park wins the heart of wildlife enthusiasts. The surveys have recorded about 586 species of birds (native and migratory) in the park. Additionally, the national park also provides shelter to about 33 species of reptiles and 36 species of dragonflies. The national park also features about 488 species of flora. Most of the forest cover is dominated by Sal.

Safari in Corbett National Park:
Tourists can enjoy full day safari sessions in different safari zones. There are three types of safaris available in the park to meet the preferences of the visitors.
Fee & Charges:

*Note: The charges are subject to change without any prior notice.

For a rare experience of seeing Asiatic Lions in their natural habitat, Sasan Gir Wildlife Sanctuary in Gujarat is the only place in Asia. You might be interested in exploring Gujarat's wildlife for some rare and exclusive wildlife experiences.

You may also be interested in some more wildlife vacation ideas in India.