India is a land where temples have been built since ages in reverence of different deities. These temples are not only admired for their religious significance but also for their intricate architecture, aesthetic designs , creative approach and most importantly the method of building. Each temple & shrine have their own unique aspect. Scroll down and take a look at some prominent cave temples in India.


Located in the state of Jammu & Kashmir, Amarnath is a globally renowned cave temple dedicated to Lord Shiva. Between May to August, the Amarnath Yatra draws millions of pilgrims owing to the ice stalagmite that resembles shivalinga.


One of the famous cave temples in Kerala, located near Manali river, Thrikkur Mahadev Temple houses a 6ft natural stone lingam, a form of Lord Shiva. Other deities inside the temple include Lord Ganesh, Ayyappa, Lord Muruga and Parvati.


Nestled on the Elephanta island, in the state of Maharashtra, Elephanta Cave Temple is a fine specimen of Indian architecture, with its intricate carvings & sculpted art. Emblazoned as UNESCO World Heritage Site, these caves are divided into two groups- five Hindu temples and 2 Buddhist temples.


A limestone cave temple in the Bhuvaneshwar village of Uttarakhand, Patal  Bhuvaneshwar is believed to be the home of 33 crore gods & goddesses.


Situated atop of a hill in Aurangabad, Aurangabad Cave Temple is a cluster of 12 artificial rock-cut Buddhist temples, segregated into a group of 3.


A series of 30 rock-cut Buddhist caves, Lenyandri Cave Temple, located in Pune, is quite famous for Cave 7 housed with an ‘old Ganesha shrine’. In order to reach there, one has to climb 207 stairs.


Located in Pune, the Pataleshwar Cave Temple, built during the 8th century, is carved entirely out of a single stone block and bears resemblance to the rock-cut caves of Ellora.

Built somewhere between 600 AD and 900 AD, Ellora Caves, a group of 29 rock-cut caves, stands as a testimony to the religious harmony between Hinduism, Buddhism and Jainism.

Named after the goddess Jogeshwari, Jogeshwari Cave Temple boasts of some old temples dedicated to the Hindus and Buddhists. It is believed to be the largest & earliest prominent temples in the country.

Where: The celebratory festival begins in the Bhuj city and goes around the district with a grand finale again being held at the preliminary destination.

Myriad hues, plethora of colors, vibrant culture, cornucopia of music and dance, all together in Kutch creates a medley of exquisite experiences giving this desert land its identity and spirit of the region. Kutch or Rann Mahotsav is an exquisite demonstration of diverse cultural ethos of the region is known for its ethnic flavor and celebrative zest.

For those interested in natural history, Kutch is the habitat of the endangered and interesting wildlife species like the Indian wild ass. This district is has wide reputation as a paradise for birdwatchers too. Being one of the most ecologically and ethnically diverse district of the state, Kutch is a celebratory land of art, crafts, music, dance, people and nature. In such destination, celebrations taking place during the full moon night of the winters amid the awe-inspiring and contrasting landscape make the extravaganza unforgettable experience. For more details of the festival and Rann Utsav Tour Packages check out special offers on Rann Utsav Tour Packages from Indian Holiday Pvt. Ltd., a 2 time National Tourism Award winning company.

Christmas Celebrations Around the World

Christmas is still a week away and the world looks like it’s already soaked in the festive spirit. So we thought, why not write an elaborate post on Christmas celebrations around the world. Here goes…

Santa Claus was introduced to the US in 1860 originating from the Dutch word for St. Nicholas. The majority of Americans celebrate with the exchange of gifts and greetings  with family visits. Homes are often decorated with holly mistletoe, lights and a Christmas Tree.

The main Christmas celebration is called La Posada, which is a religious procession that re-enacts the search for shelter by Joseph and Mary before Jesus was born. Santa is only represented by a poinsettia flower for his red suit. Kids receive gifts and bakeries offer traditional treats.

Instead of stockings, children leave their shoes by the fireplace to be filled with gifts from Pere Noel. Instead of a tree, nearly every home displays a Nativity scene with little clay figures called santons or “little saints”. After midnight mass on Christmas Eve, a grand dinner is held.

Being a predominantly Hindu country, Christmas is still a big occasion in India. Most metropolitan cities line up celebratory events in offices, markets and malls. With New Year’s Eve on a week apart, a lot of people prefer to take some time off for the year-end vacation. Christians go to the Church on Christmas eve and light candles and sing at the mass.

A strict fast is observed a day before Christmas and ends with an elaborate celebratory feast. On Christmas eve, a single gift is drawn from the urn of fate. At noon on X-mas day, the Pope gives his blessings in the Vatican.

Due to the very hot weather, some Australians have their Christmas dinner during the day at a local beach on a picnic. In fact, at some of the Australian beaches, Santa even arrives on a surfboard. Carols by Candlelight is yet another Australian tradition. 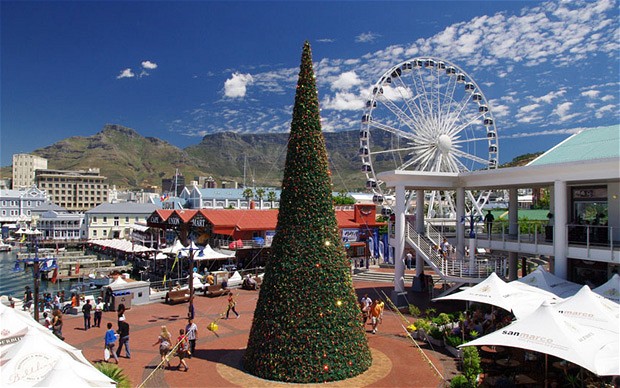 Christmas Day begins with carol singers roaming about the village, roadways, the missionaries etc. Homes are decorated with pine branches. Many celebrate by traveling to rivers, beaches or mountains.

Children leave decorated letters at their windowsills for Christkind, a winged figure dressed in a white robe and golden crown who distributes gifts. Advent wreaths of holly with four red candles in the center are displayed. They light one candle on each Sunday with the last one lit on Christmas eve. Little dolls of fruit are often given as traditional gifts.
Read More
In Delhi in India, India, Top 10 Things to do in Delhi by Simran Joshi // // Leave a Comment

Top 10 Things to do in Delhi – Straight From a Real Delhiite! 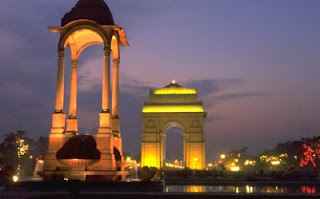 In comparison to its standing as India’s capital city, Delhi is seen more as a pivotal character in the story of India. It’s like every facet that defines India has something ‘Delhiish’ about it. History, culture, food, nightlife, people, the Metro – Delhi’s got it all. Exploring Delhi can get exhaustive and confusing at times, especially if you are visiting from abroad. Keeping up with our ethic of making things simpler for the discerning traveler, we have enlisted the Top 10 Things to Do in Delhi. Here goes:

When in Delhi, You Have To:

10  - Go to the Connaught Place – loiter in the inner circle, lay down in the Central Park – absorb the city whizzing by.

9 - Take a guided Rickshaw tour of Chandni Chowk. Scenes from the 18th century Walled City will come rushing back. If you have a stomach made of sponge, sample as much food as you can.

8 - Take a guided tour to 5 best monuments in Delhi – the Red Fort, Lotus Temple, Qutub Minar, Hauz Khas Fort and India Gate. Each monument has a story of its own – hence, the guide!

7 - Go to Bengali Market near Connaught Place and eat your heart out – gorging on authentic Indian street food.

6 -  See the evening Qawwali at the Hazrat Nizamuddin Dargah – quite a sight.

5 - Haggle for a deal with vendors at Janpath – no pain, no bargain!

4 - Visit the Delhi Haat for its wonderful exhibition of Handicrafts from all over the country. And the food’s fantastic.

3 - Ride the Metro – our guests say it’s awesome. Avoid the office hours, though.

2 - Go to the Jama Masjid on Friday afternoon, especially if you’re visiting the holy month of Ramadan – great for a spiritual experience.

1 - Attend as many Indian festivals as you can – there are several all through the year.

Why Choose India for Wildlife Tours

Wildlife tours is one of the top reasons why people travel to India.

And here are other 9+1 reasons why you should visit India.

India is a land known for its amazing geographical and bio-diversity. Tourists and wildlife enthusiasts from all around the world visit India to rub shoulders with the exotic wildlife species that dot the length and breadth of the Indian jungles.

Wildlife Tours in India offers ample opportunities to explore these wildlife sanctuaries and national parks which showcases the real world of Indian jungles and put on view some rare and endangered wildlife species that are fast becoming extinct.

Wildlife tours packages in India offer an adventurous trail across renowned wildlife sanctuaries of India with ample opportunities to discover and explore the amazing diversity of flora and fauna species.

India is home to some of the best wildlife sanctuaries and national parks that features in almost all Indian wildlife travel packages and provide chances to catch the glimpse of elusive and endangered species like Asiatic lions, Bengal tigers, Nilgiri Tahr and Elephants.

Some of the popular wildlife sanctuaries and national parks which tourists should visit during their wildlife vacations in India are as follows:


Nestled in the Nainital and Pauri district of Uttarakhand, Corbett National Park is one of the oldest and finest national parks in India and a perfect destination for wildlife tours in India.

You can enjoy the best views of wildlife species through exciting jeep safari.


Located in the deserted state of Rajasthan, Ranthambore National Park is one of the largest national parks in India and also the park with highest probability to spot the elusive tigers. It is known for housing the highly endangered royal Bengal Tigers.

Other species of wildlife animals includes leopard, Nilgai, wild boar, dhole, sambar, sloth bear, hyena and chital. There are various resorts and hotels located within or outside the national park which may also offer wildlife safaris for free.

A UNESCO World Heritage Site and home to over 350 species of avifauna, Keoladeo National Park or the Bharatpur Bird Sanctuary needs no introduction. Winter is the best time to visit this bird sanctuary as migratory birds from around the world throng this refuge.
Sariska National Park

Located in the Alwar district of the state of Rajasthan, Sariska is another popular national park and tiger reserves in India. Travelers can enjoy the best views of wildlife by an exciting jeep safari and elephant safari inside the national park.

There are several other breathtaking attractions housed in this national park such as Sariska Palace, Kankwari Fort and Shiva temple which adds up to your wildlife tour in India.

Kanha National Park is one of the major wildlife sanctuaries situated in Madhya Pradesh. It is an ideal spot for spotting tigers and has been an inspiration for great many writers such as Rudyard Kipling who is said to have taken inspiration from this national park for writing “The Jungle Book”. One of the major attractions of this national park is Bamni Dadar, the sunset point of Kanha.

Besides some rare and endangered wildlife species, National Parks in India are home to an amazing range of foliage. The best period to visit most wildlife sanctuaries is from November to May when the weather is mild and you can see animals wandering out in the open without any discomfort.