India is popular all around the world as the land of celebrations. The fairs and festivals of India are a display of the rich heritage, tradition and culture of the country, which attract a huge number of travelers from all around the globe. Apart from these yearly fairs and festivals, India also plays host a number of Mashotsav that are again a splendid celebration of diverse art and crafts, religion, cuisine and culture of India. The blog enlists top 12 famous and colorful Mahotsav in India: 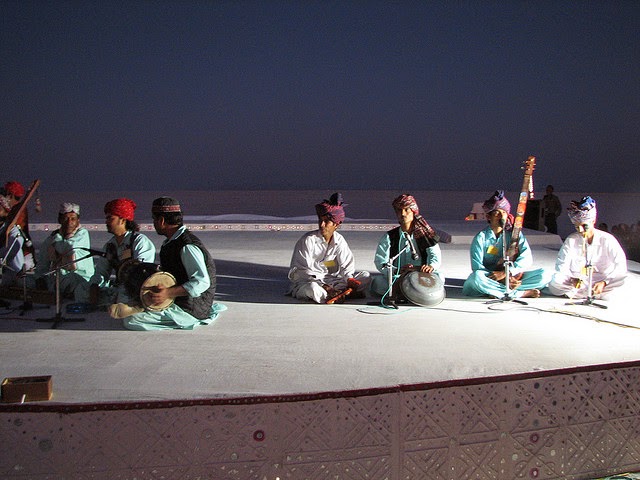 3-day annual festival of Gujarat, the Rann Mahotsav is a cultural event that is a wonderful display of the authentic culture and feel of the mighty Rann of Kutch.  Also known of Rann Utsav of Kutch, it has a number of highlights such as traditional folk dance and song performances, Thar Desert safari and so on.

This mahotsav is organized in the month of December and is one of the main attractions of Gujarat. This carnival is the celebration of the cultural ethnicity of the Kutch region and offers opportunity to the craftsmen, artisans and other artists to show their talent.

When- On full moon nights in December
Where- Kutch, Gujarat 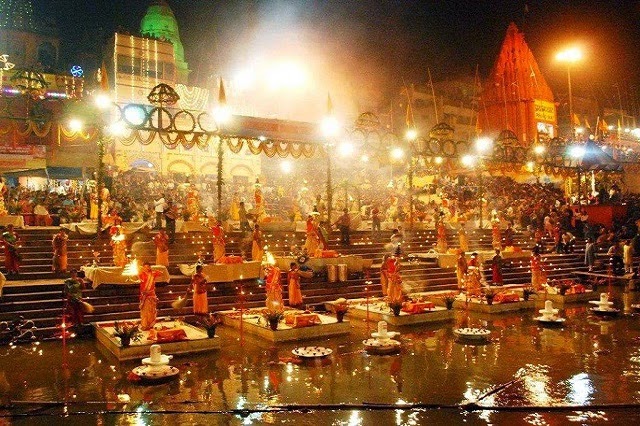 The 5-day annual event of Ganga Mahotsav is organized in Varanasi or Banaras, the oldest inhabited city of India, which is located on the banks of the holy river of Ganga. This festival is a reflection of cultural heritage, tradition, cuisine, art and customers of the holy city of Varanasi. All the Ganga ghats/banks in Varanasi are lit with numerous lamps during magnificent festival that is celebrated at the time of Kartik Poornima

A Shilp Mela is also organized at the time of Ganga Mahotsav. Visitors take a dip in the holy waters and soak-in the divinity flowing in the air. Performances of Indian classic music and dance by top-shots of the field as well as activities like boating, swimming, wrestling are the prime highlights. 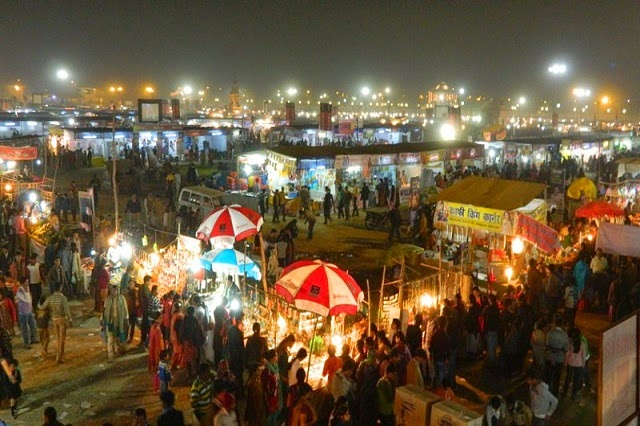 The very popular Lucknow Mahotsav, also known as Lucknow Festival is a 10-day long event, which is organized to encourage art, culture and tourism of Uttar Pradesh.

This festival is a sparkling showcase of Awadhi splendor through traditional Indian classical Kathak dance performances, art and crafts, performances by musical Gharanas, theatre, and more. Visitors can binge on vegetarian and non-vegetarian delicacies of Lakhnawi cuisine, served in a huge variety. 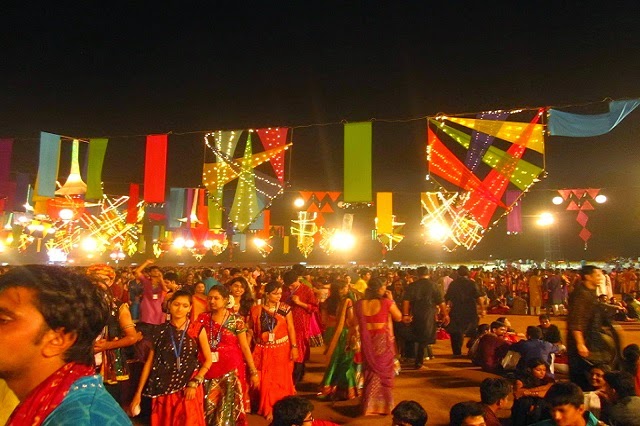 Held yearly in the month of November, Raas Mahotsav, also called Majuli Raas Mahotsav is nice experience of knowing the cultural heritage of the region.  Organized in Howly town of Majuli Island, this mahotsav offers the visitors a chance to witness the traditions of the people of Majuli and the culture around the mighty Brahmaputra River. This is the best time to observe the folk dances, art and crafts and the culture of Assam.

This 4-day festival starts on the Raas Purnima Day. Raas Leela of Lord Krishna is performed by the local artists who start preparing for its several days for it. The stories of Krishna’s life are depicted through dance, chants, songs, puppets, masks and more. This festival is a show of Bhakti Rasa/devotional feelings for Lord. 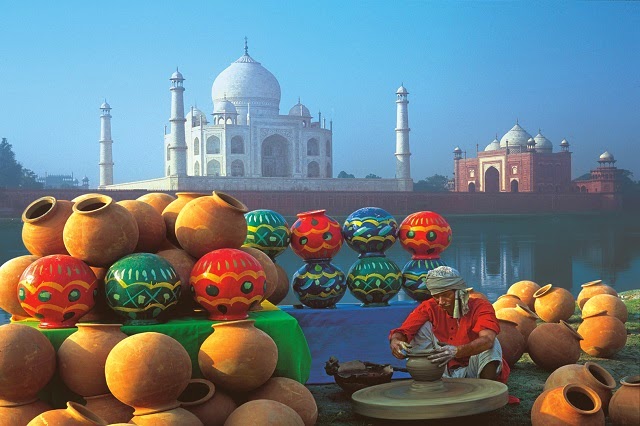 The annual 10- day Taj Mahotsav of Agra takes place near the Taj Mahal, displaying the magnificent art and craft, music, dance, cuisine and culture of Agra along with the other states of the country. Artists from all around India come here to showcase their talent.

During the spectacular Taj Mahotsav, you can get your hands on some amazing stuff like paintings, jewellery, folk dresses, maps, furniture, show pieces, linen and other knick-knacks. Do not miss relishing delicacies of various states of India. This event is attended by world-famed artists, dancers, musicians and chefs.

When- February
Where- Agra, Uttar Pradesh 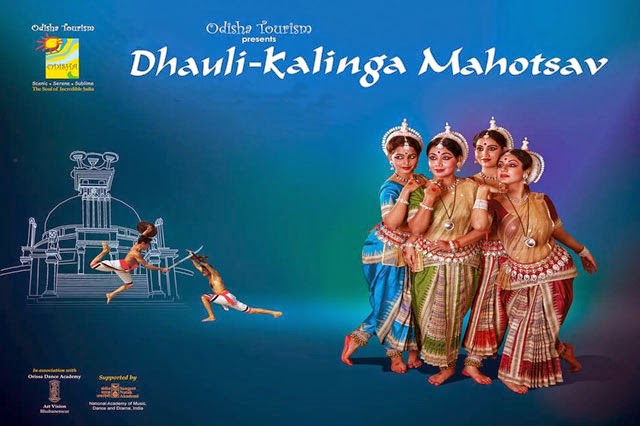 The cause behind this celebration is the victory of peace over war and the inspiration lies behind the Kalinga war that took place during the reign of King Ashoka of Maurya Dynasty. Visitors can see thrilling martial art performances like Kalaripayattu from Kerela, Chhow and Paika from Odisha, Thang Ta from Manipur and more that involve use of swords, sticks, various acrobatics movements etc.

When- February
Where- Bhubaneswar, Orissa 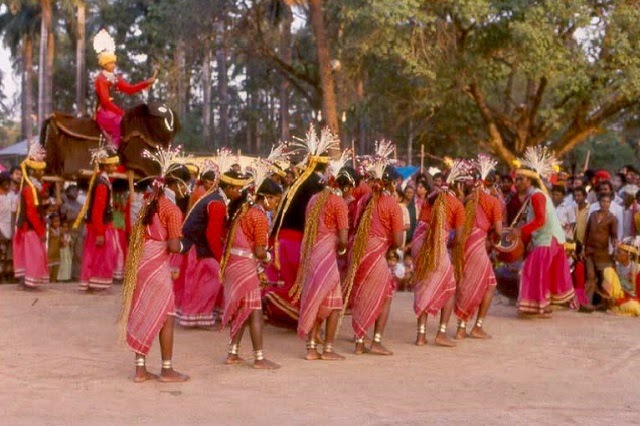 Organized in the last week of the month of March each year, Bhoramdeo Mahotsav is celebrated in the very well-known Bhoramdeo Temple. Dedicated to Lord Shiva, this temple is placed in Kawarda, in India’s tribal state Chattisgarh.

Famed as Khajuraho of Chattisgarh, this old temple is sandwiched between Maikal ranges and thick forests. This mahotsav is an excellent opportunity to witness the dance and performing arts of the tribal people of the region.

When- March
Where- Kawardha, Chhattisgarh 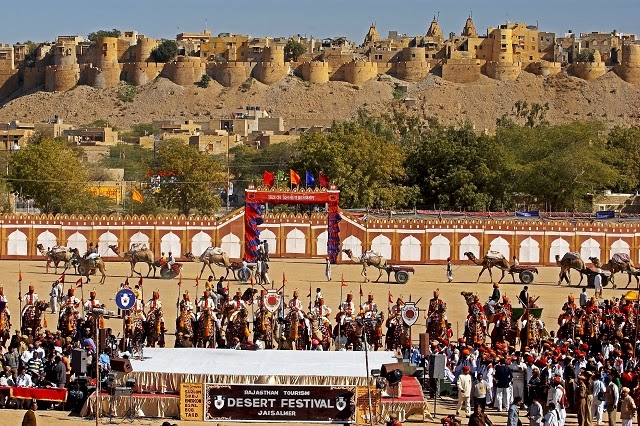 The festival includes various exciting competitions and events such as camel rides, matka race, visit to forts and havelis, best facial hair, turban tying, tug of war and more. One of the major highlights of the festival is a colorful process of decorated horses and camels that starts from Sonar Quila and ends with thrilling performances at the Sand dunes of Jaisalmer.

When- February
Where- Jaisalmer, Rajasthan 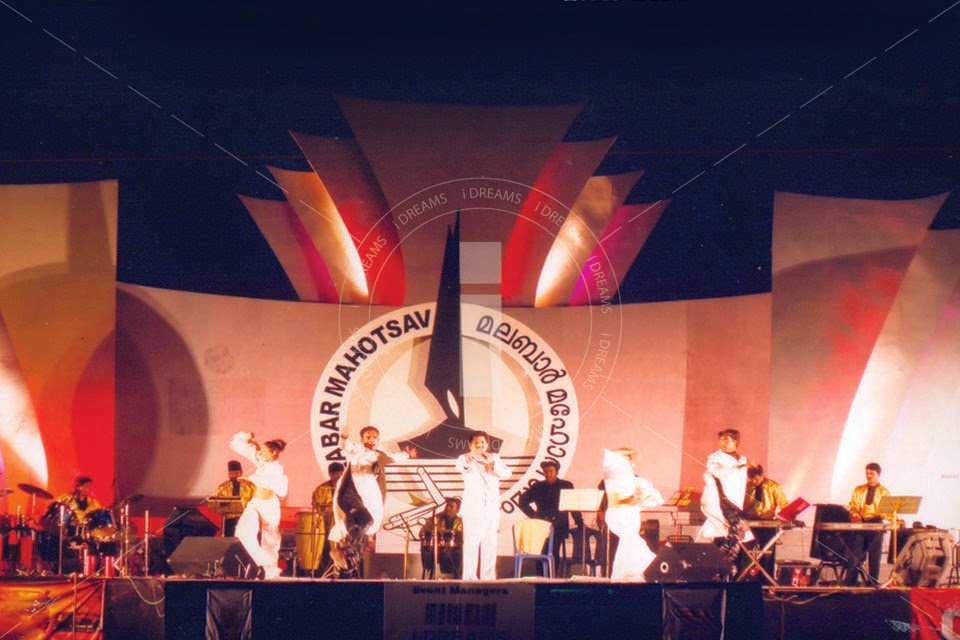 A celebration of the traditional cultural glory of the Malabar region, Malabar Mahotsav is a captivating amalgam of musical and dance performances, organized in Calicut, now Kozhikode. Organized from 13th to 16th January, this mahotsav is an exhibit of rituals, cuisines, classical dance and music, literature, drama, folk, art and culture of Malabar.

Organized by the Kozhikode District Tourism Promotion Council from the year 1992, this festival is held at either the beach or Mananchira ground. Art forms such as Thira, Theyam, Koothu and classical dances like Ottanthullal, Mohiniyattom, Kathakali are the major attractions.

When- 13th to 16th January every year
Where- Calicut (Kozhikode), Kerala 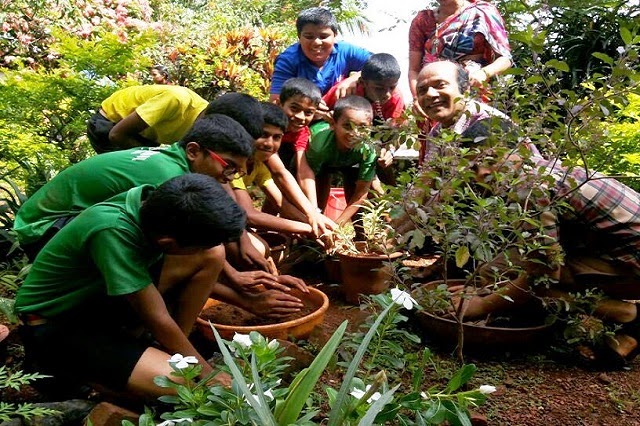 Celebrated in the first week of July, Van Mahotsav is the annual day when trees are planted. Celebrated all around the country, this mahotsav involves plantation of tree on the sides of the roads to make the India green and conserve forests. Started in Indore in the Madhya Pradesh, it slowly involved the whole country and is attended by all with great enthusiasm.

When- July
Where- Madhya Pradesh 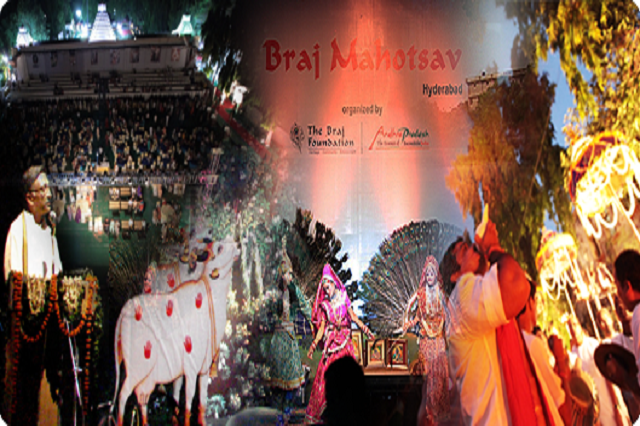 A stimulating display of the food, rituals, culture, dance and music of the Braj region of Mathura and Vrindavan, Braj Mahotsav is celebrated in the honor of Lord Krishan, mainly before Holi, the festival of colors. Organized every year The Braj Foundation, this festival till date since 2005 has been held at different locations such as Vrindavan, Barsana, Jaipur, Delhi, Lucknow, Hyderabad and this year in Bharatpur.

One of the main events is Raas Leela by popular folk artists of the region, wherein they enact several stories of Lord Krishna’s life. Apart from music and dance, this mahotsav involves theatre, painting, cuisine, literature and even paintings. 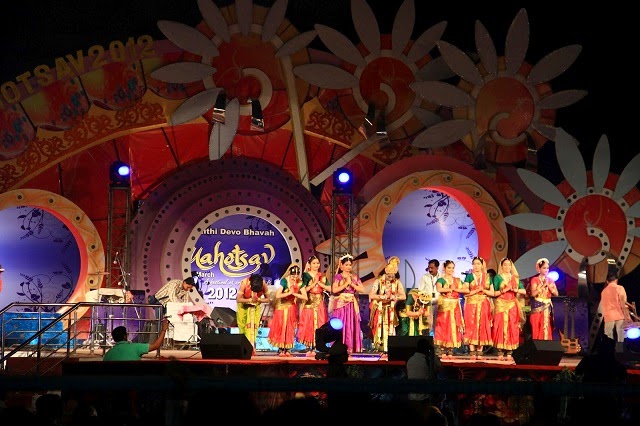 Also known as Tawang Mahotsav, Buddha Mahotsav is a 5-day long festival, which is organized on the event of Buddha Poornima. A celebration of cultural practices and traditional customers of the Buddhist followers, this festival is also celebrated at other places like Ladakh, Bodhgaya, Kushinagar and Sarnath. Along with the celebration of the teachings and life of Lord Buddha, one of the main causes of this festival is the promotion of spiritual tourism of Arunachal Pradesh.

When- October
Where- Tawang, Arunachal Pradesh

A jungle habitat of unparalleled beauty, Manas National Park is situated at the foothills of Himalayas in the state of Assam. It is a renowned UNESCO natural heritage site, biosphere reserve, project tiger reserve and an elephant reserve. Not only for its long list of credentials, one must also visit this green paradise for its unique biodiversity and landscapes.

Seen as some of the rarest gifts of nature, Manas National Park is like a melting point of the west and east, when it comes to its fauna. Blessed by a semi-tropical climate, the biomes of this reputed national park provide a natural home to the some of the most exotic and endangered species of wildfire that are hard to find anywhere else on this planet.

The lands of the Manas National Park are ruled by a huge variety of wildlife. If statistics are to be believed, the region is home to around 55 species of mammals, 380 species of birds and 50 species of reptiles.

Wildlife photographers can save the sight of different species like the Wild Water Buffalo, Asian elephants, Indian rhinoceros, tigers, Clouded leopards, Asian Golden cat, Assamese Macaque, Hoolock gibbons and Capped Langurs in their cameras.
If lucky, one can even watch the Golden , Hispid hare, Assam roofed turtle and pygmy hog, which are some of the few endangered species of animals, breathing in the national park.

From the gorges of Bhutan, flows the river Manas which the entire national park with a lush green vegetation cover. This thick vegetation growth in the eco-region of the Brahmaputra valley is predominantly divided into grasslands and forest cover.

About half of the Manas National Park is covered in grasslands of Terai and Bhabar type, whereas the rest is confiscated by the deciduous forests of the eastern Himalayas. Unlike the majority, the northern portion of Manas has a vegetation of evergreen forests. 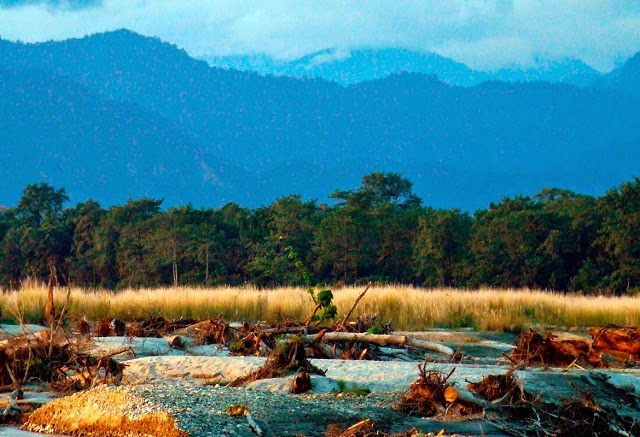 Main vegetation of Manas National Park can be described as-

With a total that counts to more than 500 species of plants, there is no harm in calling Manas National Park one of the richest biodiversity areas in the world. Prime plants species in this tropical paradise are the Pithraj tree, Kadam, orchid tree, Kumkum tree and Chinese deciduous tree.

Near Manas National Park, visitors can stay in the comfortable rest houses at Bansbari and Mothanguri. From these forest lodges, one can embark on an exciting jungle safari, organized by the forest department.

It is certainly exhilarating to explore the extreme wilderness of Manas, sitting on top of an elephant like some King. Besides, jeep safaris are also an effective option to scale the vast landscapes of the national park.

To enjoy the exotic Manas National Park in the best possible manner, it is best advised that tourists make their visit between the months of November and April. June to September, the national park remains closed for visitors. However, one must consult with the forest authorities before making a visit to the region, as it is prone to sudden outburst of rains.

How to Reach Manas National Park

airport to the Manas National Park in Assam is at Guwahati, which is around 176 kms from the destination. Guwahati airport is well connected to the other parts of India.

If you are planning to travel via train, then one must get down at the railway junction of Barpeta road. The junction is around 32 kms away from the Manas National Park.  You can also choose to travel till Guwahati railway station before heading to Manas through road.

From Guwahati, one can take national highway 31 to get close to Manas National Park. Adjoining Barpeta road in Assam, the highway will lead you to Bansbari, which is the entry point of Manas. This road journey from Guwahati to the national park is expected to take near about 5 hours. Besides Guwahati, tourists also have the option of driving from Darjeeling, Kajiranga, Siliguri and Shillong.

Manas has a subtropical climate, light cotton clothes can surely prove beneficial. Similarly, if you are wishing to travel during the time of autumn, do not forget to pack some woolens. Besides proper packing, one must also keep a tab on the different aspects of the trip, like prior booking of lodges and other travel arrangements. Foreigners are advised to carry much Indian currency to avoid further problems.

[ Looking for more? Check out the best national parks and wildlife reserves in India ]