In Cultural Events in Goa, Exposition of Saint Francis Xavier, Festivals in Goa by Unknown // // Leave a Comment

The beach state of Goa is known for its high-spirited lively culture. It attracts an amazing number of tourists from all around the world, every year. Goa is also known for its Portuguese Churches, which are one its prime attraction as well. The residents of Goa are not only famed for their party spirit but also for having sincere belief in their religion. There is a chance for you to experiences and feel the spiritual air of Goa. 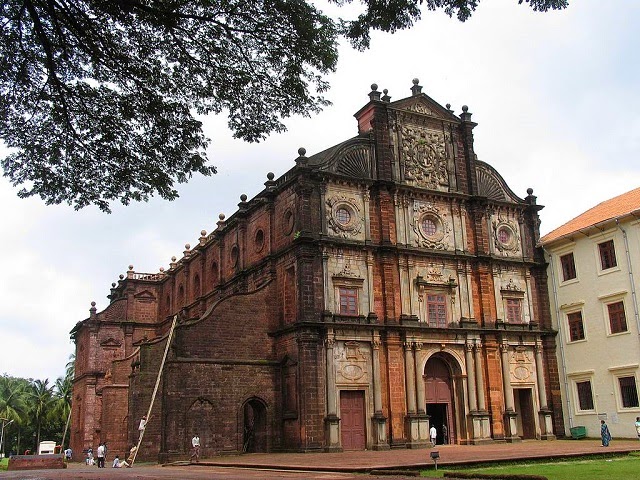 The exposition of the relics of Saint Francis Xavier has been announced to be put in exposition for veneration. This major pilgrimage event takes place once in a decade and it now is taking place from November 22nd 2014 to January 4th 2015; as announced by Archbishop of Goa, India. About 3 million pilgrims from around the world are going to attend this tour and Pope’s ambassador too is expected to be one of the attendants.

Who Was Saint Francis Xavier

Saint Francis Xavier was born in Spain in the year 1506. Xavier is amongst the greatest missionaries since St. Paul. He was a Roman Catholic and co-founder of The Society of Jesus. The saint took vows for poverty and chastity and travelled across Asia for the same. His works were highly appreciated in India. During his tour he also went to Japan, Indonesia and many other places.

The Saint, in the span of 10 years, baptized more than three lakh people; and was named as “Apostle of the Indies” and “Apostle of Japan”. He further aimed at preaching missionary lessons across China, but died before he could.

Saint Francis died on December 3rd 1552 in the Sancian Island, China. His body was laid to rest in Malaysia and was then moved to Portuguese Colony of Goa, India. Saint Xavier’s right hand was removed and was sent to Rome to preserve it as a relic there. Today, the remains are placed in a silver casket in old Goa. It will be taken down in a solemn procession to Se Cathedral in November 22nd 2014.

The exposition will be taking place in Se Cathedral in Old Goa. Goa is accessible through Air, Train and Road. The details are provided below:

The nearest International Airport is in Dabolim, at the distance of about 24 Kilometers. You can hire a taxi from the airport to reach Se Cathedral.

Major National Highways that pass through Goa are NH17 and NH4A. There are frequent bus services by state and privately owned companies that commute to and from neighboring areas.

Getting around the Venue

Goa has a wide range of choice in the mode of transportation. Apart from frequent bus services, you can go for auto-rikshaws, but it might get hard to find them at times. Easiest way to travel within the state is by hiring a taxi or renting car/bike/scooter.
You can find taxi services in the streets or in the hotel you are staying in. Renting services too are easy to find. You have to only show your identity card, handover the advance and explore the state.

Our Lady of the Immaculate Conception Church

The church was built in 1540 and is placed a few meters above the city. This striking white holy edifice displays fine work of carving and ornamentation of the bygone era.

There are many five-star casinos cruising over Mandovi River near Panjim. These casinos are enjoyable, even if you do not want to splurge or take risks.

Whether you are looking for peace or loud parties, Goa has beaches of all sorts. Some of the best beaches of Goa are Baga Beach, Candolim Beach, Anjuna Beach, Dona Puala Beach and Calangute Beach

Right from the choice in street markets to high-end international brands; you can shop without hindrance while you are in Goa. Some of the main markets of the state are Anjuna Flea Market, Panjim Market, Saturday Night Market, Tito’s Lane Market and Calangute Market.