Khajuraho Temples: A Catalogue of Desire

Precision in the carvings and legendary tale of these temples are captivating. UNESCO has listed Khajuraho Group of Monuments as a World Heritage Site. Get to know more about Khajuraho group of temples as you read forth.

What is the history of Khajuraho Temples

The temples are sculpted in the Nagara Style of architecture and date back to 950 AD, during the reign of Chandela dynasty. According to the records, by the 12th century Khajuraho had about 80 temples, out of which only 20 have survived. The temples roughly cover an area of 6 km sq. Out of these 20, Kandariya Mahadeva Temple is considered the best of all. Kandariya Mahadeva Temple is the largest and grandest of all, and is believed to have been built by King Ganda. The temple of Vishnu (aka Temple of Lakshmana) was built by Yasovarman and his successor indulged in the making of the temple of Parsvanatha, Visvanatha and Vaidyanatha. Read further and know more about Khajuraho.

Where is Khajuraho Temple Located

Khajuraho Group of Temples have been divided into three groups as per their locations: Eastern Group, Western Group and Southern Group. Khajuraho is located in Bundelkhand region of Madhya Pradesh, India.

What is the Entry Fee to visit Khajuraho Temples

Price of the tickets varies between INR 20 (daily) and 600 (seasonal). Ticket worth Rs 600 is meant for the people who plan to attend all the events all throughout the week. While in the INR 20 ticket, you can attend one or two performances in one day. There are separate charges for the camera (RS 100), on per day basis.

Khajuraho Light and Sound Show is conducted the tourism department. As dusk starts to set in, the gardens of western group of Khajuraho Temples start to glimmer with different shades of light. This show reflects the lifestyle during the Chandela Dynasty, informing about the construction, significance and history of these temple (In English and Hindi). The stories are narrated in the voice of Amitabh Bachchan.  Timings of the show are- English: 6:30 Pm to 7:25 Pm, Hindi: 7:40 Pm, to 8:35 Pm.

The Khajuraho Group of Monuments

The Khajuraho Group of Temples has Hindu as well as Jain Temple. All of them are built similarly, and it is said that the temples intended to create a harmony between these two religions. You can find most eminent temples in the western zones like Varaha, Lakshmana, Matangeshwara, Mahadeva, Kandariya, Chopra Tank, Chitragupta, Prvati, Vishwanath and Nandi.

While in the eastern and southern groups, don’t forget to visit Ghantai, Adinath, Parshvanath, Shantinath, Chaturbhuj and Dulhadeo. The temple of Vishnu (aka Temple of Lakshmana) was built by Yasovarman and his successor indulged in the making of the temple of Parsvanatha, Visvanatha and Vaidyanath. Listed down are the best temples of the group, and you must not miss them.

These are divided in two parts- Jain Temple and Hindu Temples. Some of the best temples in eastern side are Hanuman Temple, Vamana Temple, Parsvanath Temple, Adinath Temple, Ghantai Temple and Brahma Temple.

Dulha Deo Temple and Chaturbhuja Temple are the two very important temples. Dulha Deo is dedicated to Lord Shiva and was built somewhere around 1100 AD and 1150 AD.

The museum was established in 1967 and exhibits a collection of archeological findings and artifacts. This is an open-air museum and is located near the Matangeshwar Temple of the western group of temples. 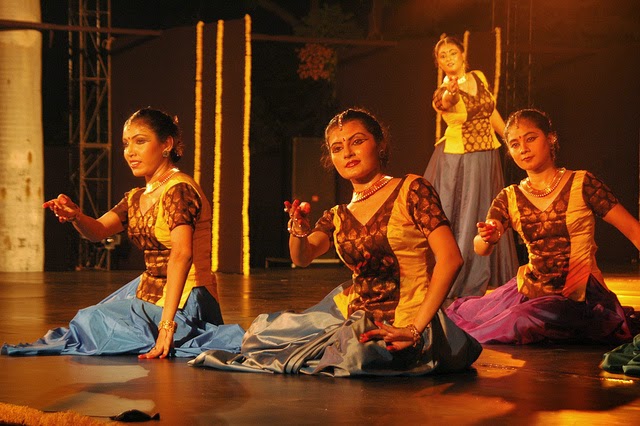 The festival is organized by Madhya Pradesh Kala Parishad. It is a weeklong festival that falls in the month of February. People gather in this spectacular venue, in an open air auditorium and behold the performances of various Indian classic dance forms like Kathakali, Odissi, Kuchipudi, Bharatnatyam and others.  Usually the gathering takes place in Chandragupta Temple, Surya Temple or Vishwanatha Temple.

How to reach Khajurao

Khajuraho has its own airport called Khajuraho Airport. It is connected to Delhi, Agra and Varanasi, with the services of Jet Airways, Air India and SpiceJet.

Khajuraho is an important city wherein there is ease of transportation. From bus services to private cabs, you have many options for commuting in and around Khajuraho.

Khajuraho in summer - From April till July

Summers are recommended to be avoided, as the weather gets really hot and uncomfortable. May and June are the hottest months of the season and the temperature may rise up to 47 degrees Celsius.
Khajuraho in Monsoon - From July till September

Monsoon season brings life to Khajuraho. This is a brilliant tune to visit Khajuraho, as it gets refreshing and pleasant during this season.

Khajuraho in winter - From October till March

Winter is the best time to visit Khajuraho. In the coldest months December and January, temperature dips to 4 degrees Celsius. Visit Khajuraho in February and don’t forget to be a part of Khajuraho Dance Festival.