In Best time to visit in Varanasi, How to Reach in Varanasi, Kashi Vishwanath Temple, Varanasi by Unknown // // Leave a Comment

The oldest and the holiest place among the Hindus, Varanasi, along the banks of the sacred Ganga is also considered as the cultural city in India. The river bank is dotted with numerous temples and shrines of several gods and goddesses.

According to the Rigvedas, Varanasi is the favorite city of Lord Shiva. So in his high reverence, the Kashi Vishwanath temple stands in its splendor. It holds one of the 12 Jyotirlingas of Lord Shiva and attracts a large number of pilgrims to the site. The architecture of the temple is noteworthy and is also known as the Golden Temple, because of the gold used in the making of the tall spire and the dome. All devoted Hindus aspire to visit this site once before they die, for they believe that liberation from worldly thing can be achieved here. 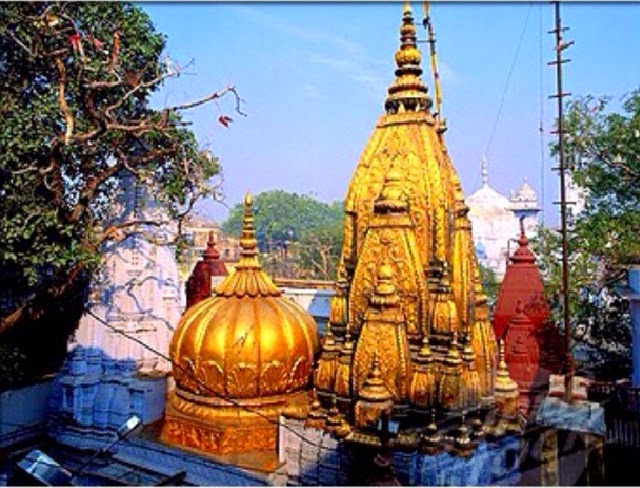 Along the western banks of holy river Ganga, lies the Kashi Vishwanath Temple in Varanasi, Uttar Pradesh State, India. It is located 5 km away from the Varanasi railway station and is fairly close to the Banaras Hindu University. Varanasi is the oldest city in the country and serves as the center for the Hindu religion.

The reference of the Kashi Vishwanath Temple has been made in the Hindu scriptures, as one of the prime Lord Shiva centers. It is believed that the structure was demolished and remade several times, the last person to reconstruct it was Maratha monarch, Ahilyabai Holkar of Indore in 1780. However, now the temple is managed by the government of Uttar Pradesh.

How to reach in Varanasi:

Varanasi, the cultural and religious capital brings forward a large number of devotees to the spot. It is made readily accessible through advanced transport network services.

By air: Varanasi is well connected to the major cities of the country by air, daily domestic flights run to and fro from here. Babatpur Airport is 22 km from Varanasi.

By rail: The location of Varanasi makes it easily accessible to the rest of the country. There are two railway stations in the city: the Kashi Junction and the Varanasi Junction/ Varanasi Cantonment. Mughalsarai, another station just 10 km south of Varanasi.

By road: many public and private buses and other vehicles run on the NH2 (National Highway), which connects Kolkatta to Delhi. Varanasi is also linked with NH7.

Best time to visit in Varanasi:

Varanasi experiences Summer, Monsoon, however the best time to visit is in between the months of October to March.

Summer:
It starts from April to June and is quite hot during the time, with temperature ranging from 32 to 46 degree Celsius.

Monsoon:
The climatic condition during the monsoon is harsh, it is hot and humid with moderate rainfalls.

Winter:
It is an ideal time to visit Varanasi during the winter season. The temperature ranges from 5 to 15 degree Celsius. The pleasant season starts from October and lasts till March.