In Fairs and Festivals, festivals in india in octocer, India Travel Guide, Things to do in India in October by Gauravks // // Leave a Comment

Festivals in India in October 2019

Festivals in India are times when families, friends and even entire communities come together to mark the occasion The air is redolent with the color and enthusiasm. There's joy, celebrations and events to mark the religious and cultural fests in India. The festivities are further enhanced by colorful lights, music and dance.

From the dances and rituals to mark the victory of good over evil across India to world's largest cattle fair in Pushkar, festivals in India in October give you ample reasons to pack your bags and head to the locations where they are celebrated at their best.

Here are the most important fair & festivals in India in October in no particular order: 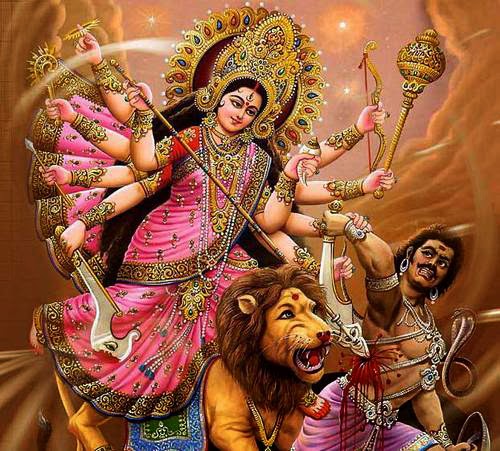 A nine-day festival, Navaratri is when Mother Goddess is worshipped in all her manifestations. These manifestations include Maa Durga, Saraswati and Lakshmi.

During this festival, devotees worship and fast all day. At night, devotees enjoy the festival with dancing and feasting. The festival ends with Dussehra on the tenth day. Plays are organized all over Delhi and they feature the Navaratri celebrations.


When: 29 September - 7 October, 2019
Where: All across India. Celebrated particularly in Gujarat, Mumbai, Varanasi, Mysore and Manali

is one of the best ways Hindus depict their epic Ramayana (the story of Lord Rama). And to enjoy the best of the numerous Ramlilas that are staged all across the Northern part of India, you need to schedule your plans to Ramnagar near Varanasi. Being dwelling in the mystic charm of Varanasi, it is quite obvious the would be having with the prime religion of India, Hinduism.

The emulsification of Hinduism in one of the oldest habitats in the world, gave the people of Ramnagar a sense to reenact the story of Lord Vishnu’s incarnation, Lord Rama in the form of a play, some 200 years ago. This started the trend of Ramlila in India. Unlike the other small budgetary Ramlila’s in the country, this one has lavish sets and permanent structures that resemble a lot like those of the locations mentioned in the mythology. All this makes the whole city look like a giant set, where every soul is immersed completely in his respective role. When the other Ramlilas in India bail out after a period of 10 days, it continues for 31 days.

When: 29 September -11 October 2019
Address: Ramnagar, on the banks of Ganges River, opposite Varanasi

[Read More about Ramlila and Plan your trip] 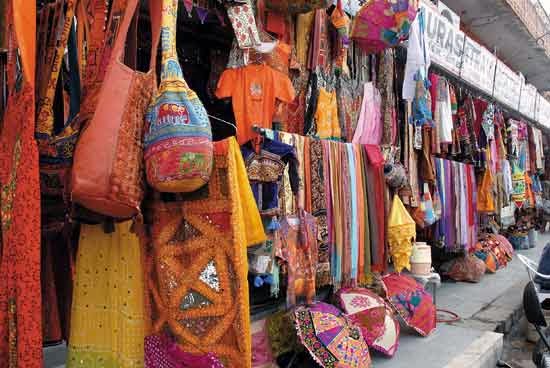 The craft bazaar showcases the best handicrafts which have been designed by local and national artisans. And shopping is not all! The festival brings along, tons of entertainment in the form of music, plays, folk dancing, competitions, fireworks and fashion shows. 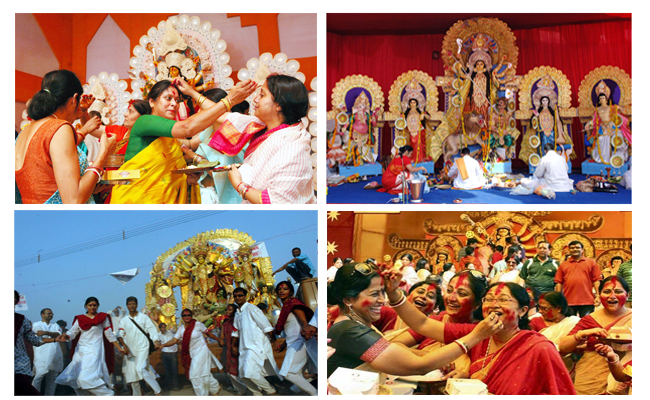 Durga Puja is celebrated in the honor of warrior Goddess Durga. During this festival, one can witness beautifully handcrafted statues of Maa Durga which are installed all around the city. People from different places roam around the streets to see the statues of Goddess Durga.

At all the streets, there are different light shows and food stalls offering lip smacking dishes. All the statues of Maa Durga are paraded throughout the city before they are submerged into the river.

[Browse through our collection of Kolkata tour packages] 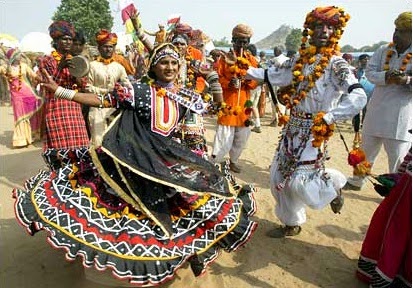 It is the Matasya Festival which provides a look of the Rajasthani culture and heritage at its best. This colorful festival has a number of attractions including folk music, folk dance, exhibitions, competitions and sports.

Ashwa Poojan is a unique Rajasthani festival which is well-known as the Worship of the Horse. It is celebrated on a grand scale by the Mewar royal family of Udaipur on the last day of Navaratri.

The festival celebrates and honors the relationship between the warrior and horse. So, the royal horses are worshipped by the current head of the royal family which is accompanied by the palace band. The key highlight of the festival is the mouth-watering Rajasthani cuisine which is served during the festival. 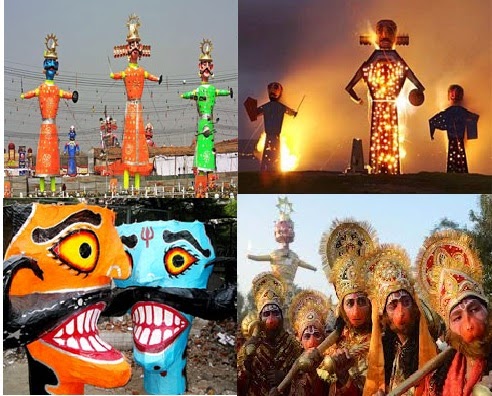 Dussehra is celebrated on the tenth day of the Navaratri festival. The festival is all about celebrating the victory of good over evil.

It recalls the defeat of Ravana by Lord Rama. During the festival, a number of fairs are organized wherein the large models of Ravana are burnt on bonfires.

When: October 8, 2019
Where: Particularly in North India

Kullu Dussehra
Kullu Dussehra is a week-long festival during which Goddess Hadimba is carried from the temple in Manali down to Kullu. From here, she is taken to the palace where she blesses the royal family. The goddess is then taken to Dhalpur where the idol of Lord Raghunath joins.

Gods and goddesses from all over the valley come to meet Hadimba and Lord Raghunath. Further, they are taken to the Dhalpur Maidan where they stay till the end of the festival. There are cultural performances and exhibitions which are organized during this festival.

Lastly, the chariot carrying Goddess Hadimba and Lord Raghunath is taken to Beas River. Here, a pile of thorn bushes are burnt to show the burning of Lanka. 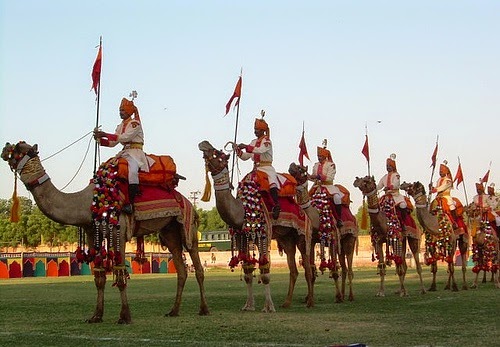 This festival mainly celebrates the culture of Rajasthan’s Marwar region. The festival lasts for two days over the full moon. It is organized to remember medieval heroes of the state.

Classical folk dance and music is the key highlight of this festival. There are many fun activities which are organized including horse riding, horse polo and camel tattooing.

The Rajasthan International Folk Festival is a unique one where in regional root music and art is presented. A number of things are organized during this festival such as jam sessions, interactive educational events and staged performances.

The public gets to enjoy great performances of dancers, singers, instrumentalists and storytellers who come from different Rajasthani folk communities. Performances are also given by nationally and internationally renowned artists. The festival is organized in Mehrangarh fort and this further adds to the colors of the festival. 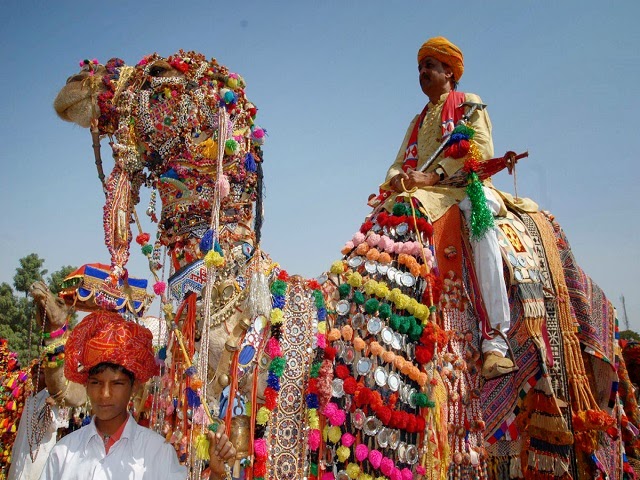 Pushkar Camel Fair is a traditional Indian style festival in which around 50,000 camels come together on the desert town, Pushkar. All these camels are dressed up and for them, beauty contests, parades and races are organized. From 3rd to 6th November, the festival changes its focus to the religious celebrations.