March, the month of the spring season, makes everything in the surroundings appear fresh and clean. Blossoms all around make the place appear colorful and vibrant. Thus, there are various travel destinations in India that are best known for their pleasant climate in the month of March.

Thus, here is a small rundown depicting some of the major tourist destinations in India that are worth a visit during the month of March.


Lakshadweep, formerly popular as the Laccadives, located around 400 km from the western coast of India in the Arabian sea, is one of the union territories of the country. The 12 islands make it a beautiful travel destination in India.

The major highlights are 5 submerged banks, three beautiful reefs, mosques, villages and more. In addition to this, the travel destination is also popular amidst adventure seekers as there are various water sports and activities organized for tourists.

In the north-eastern region of India, Shillong is one of the beautiful travel destinations. The capital city is also acclaimed as ‘Scotland of the East’ for beholding a likeness to that of the highlands of Scotland. Additionally, ‘the abode of clouds’ is also another popular name of the city.

The pollution-free environment wins the heart of the guests. Tall pine conifers and pineapple shrubs add a unique charm to the place. The list of major attractions include Gunner's Falls, Sweet Falls, Crinoline Falls, Shillong Peak, Dumpeep Peak, Umiam or Barapani Lake, Ward Lake, and Grotto Church. ‘Gleneagle of the East’, the Golf Course at Shillong is also one of the must-visit attractions. 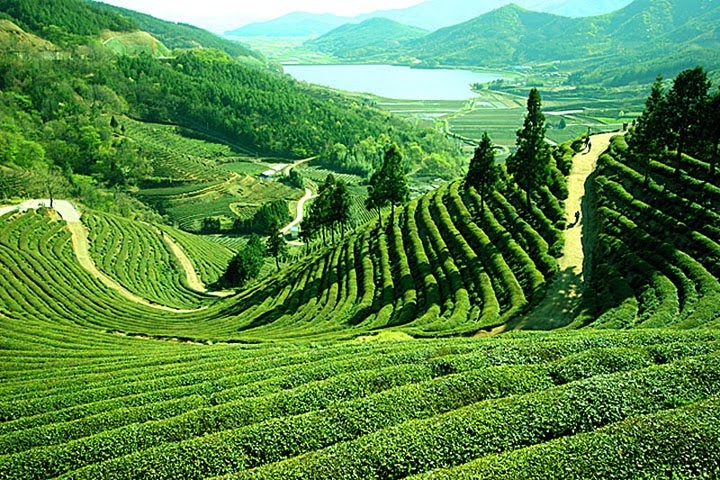 In West Bengal, Darjeeling is one of the beautiful travel destinations. In Tibetan, Darjeeling stands for ‘the place of the thunderbolt’. The town is also popular as ‘queen of hills’ and the toy train ride is reminiscing to the glorious old-world charm. During the toy-train ride, the visitors onboard can enjoy the incredible site of Mount Everest and Kanchenjunga, lush greens and the cascading rivers.

The town also welcomes adventure seekers as they can indulge in various activities such as river rafting, trekking and mountaineering. Various Hindu Temples and Buddhist Monasteries are also a few major places to visit in the list of tourist attractions. The visitors can buy finest blend of tea, curio carpets and Himalayan handicrafts as souvenirs. 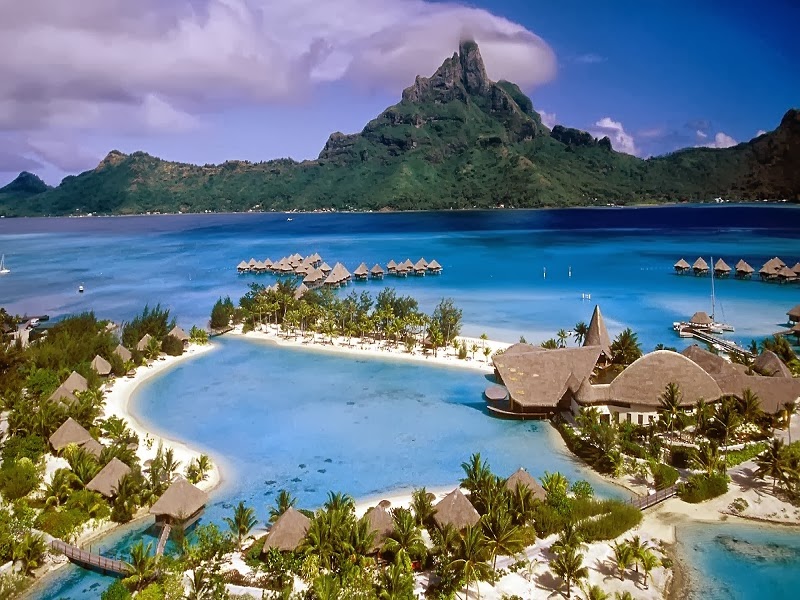 Andaman & Nicobar Islands, a cluster of 572 islets, located at the confluence of Andaman Sea and the Bay of Bengal, is another Union Territory of India. During the British Era, the islands were known as ‘Kalapani’.

The present scenario has made the destination a favorite choice for honeymooners. Along with enjoy quality time at the pristine beaches, the visitors can indulge in various exciting water sports and activities. 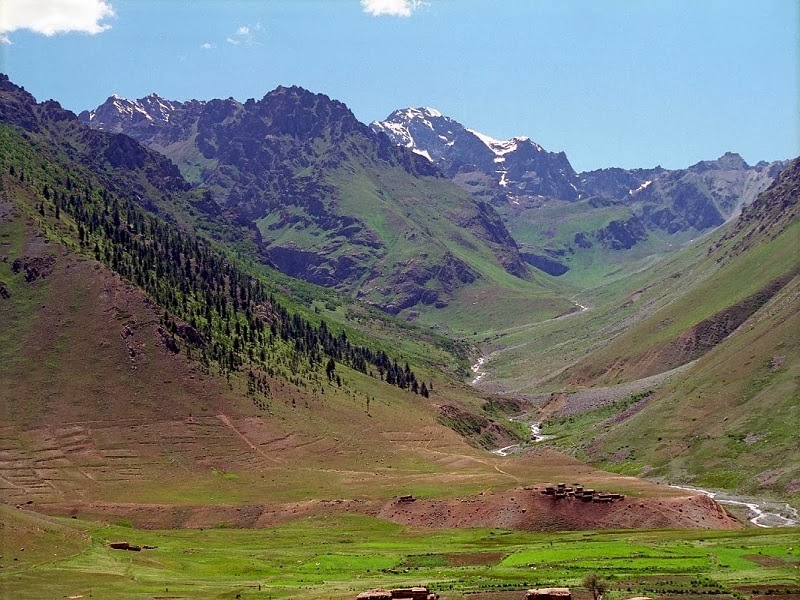 To escape the scorching summer, Mahabaleshwar is a great place to visit in the month of March. Located in the verdant valley of the Western Ghats, the hill station is beautifully positioned amidst the Sahyaddri ranges.

The natural setting of the location makes the guests enjoy vacation in a dream location. The destination has also earned the title of ‘Queen of Maharashtra's Hill Stations’ as it attracts holidaymakers, filmmakers, adventure enthusiasts and peace seekers. Additionally, the visitors can also opt for a side trip to Panchgani for a memorable vacation experience. 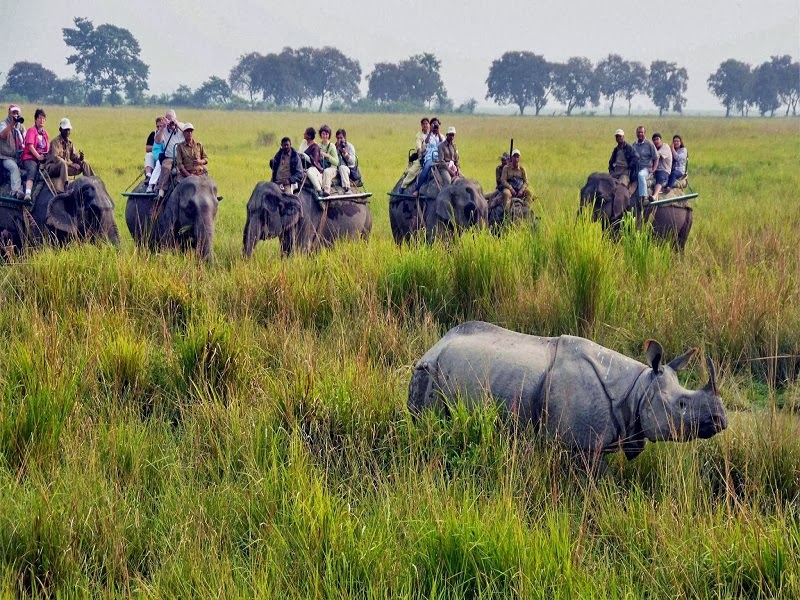 The Kaziranga National Park is a must visit for wildlife enthusiasts and nature lovers. The national park is majorly famed for providing shelter to the world’s largest endangered population of one-horned rhinoceros.

The rich flora and fauna, and natural setting of the place win the heart of the visitors. The national park has also been enlisted amidst the World Heritage Sites by UNESCO. There are about 35 species of mammalian, including 15 species of mammals that are regarded as threatened as per the IUCN Red List. The list of attractions to be visited in and around the park includes Bokakhat, Behora, Kakochang Falls and Deopahar.

Also check out some of the top national parks in India. 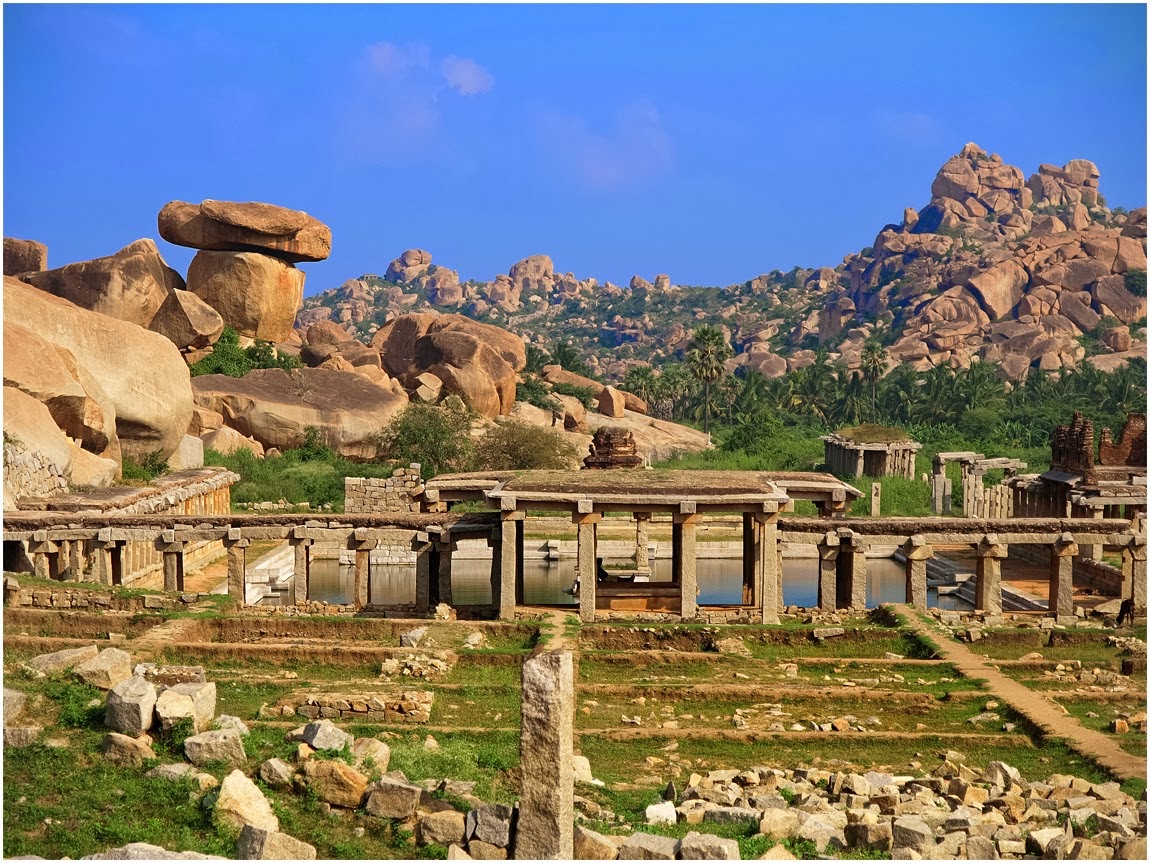 Hampi, the 14th century charming town, is built on the shores of the River Tungabhadra. There are three major temple complexes that are to be explored to get the best of the Hampi tour. The complexes are named as The Virupaksha Temple, the Vittala Temple, and the Palace of King in Hampi’s ruins. Badami, located at a distance of 140 km from Hampi, offers the opportunity to visit the small hamlet Aihole en-route.

In addition to this, the list of must-visit attractions includes Durga Temple, the Lad Khan Temple, Ravalphadi Cave and the Buddhist Temple. 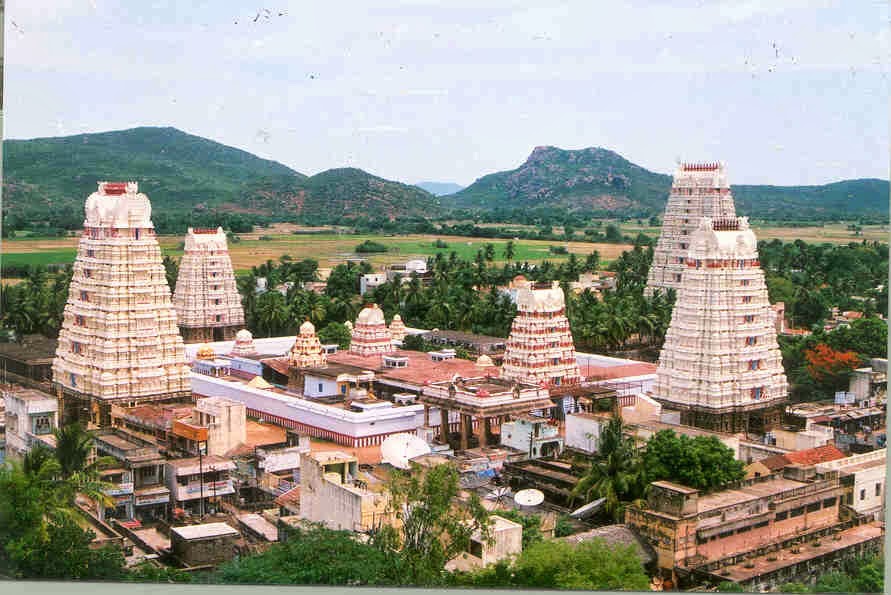 Rameshwaram is popularly known as the ‘Varanasi of the South’. The town is situated in the Gulf of Mannar on the eastern side of the islands. The town is also regarded as a major pilgrimage destination for Shaivites and Vaishnavaites. The town is also popular as Lord Rama performed thanksgiving rituals to Lord Shiva post his victory over the demon king Ravana. Ramanathaswamy Temple is one of the major attractions in the town.

The temple is best known for its 1200 massive granite columns and excellent specimen of Dravidian style of architecture. Agnitheertham is another notable attraction, which is popular for the place where Lord Rama worshipped Lord Shiva after killing Ravana. Pilgrims also tale bath in the holy shrine. 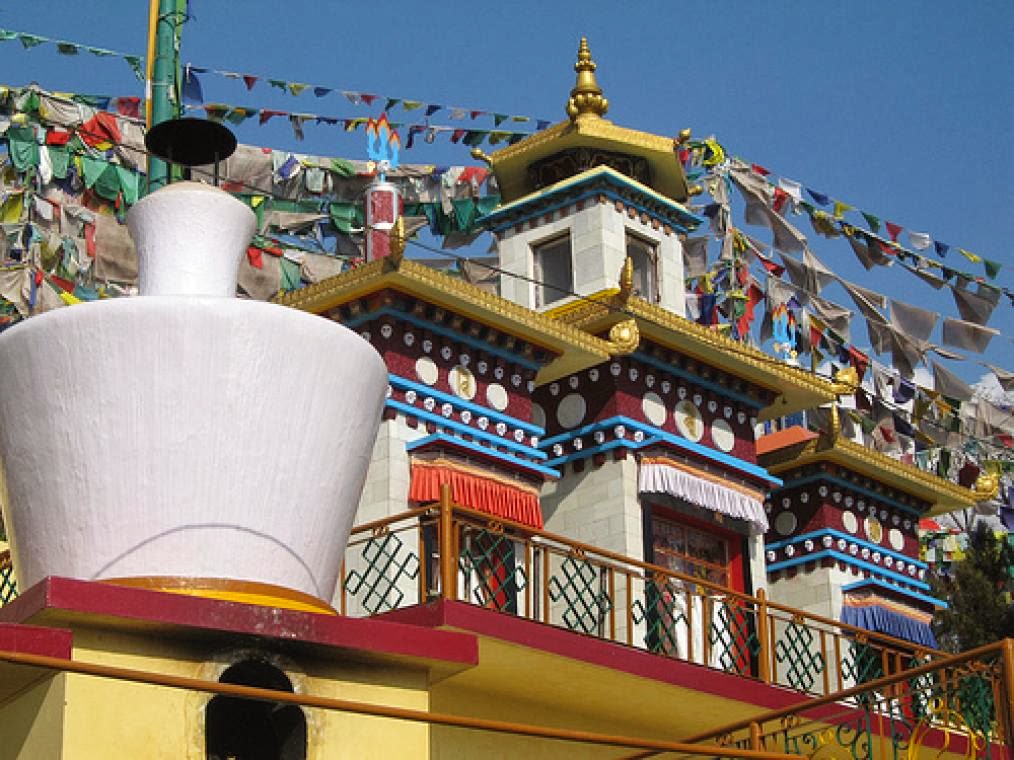 McLeodganj has gained huge popularity worldwide after the visit of Dalai Lama in 1960. The village hosts various Tibetan settlements, including religious education and different rehabilitation centers. The village is also praised as an important Buddhist center and hosts numerous Buddhist Gompas.

Trek to Triund in Dharamsala is one of the most popular activity among tourists and visitors in McLeod Ganj. 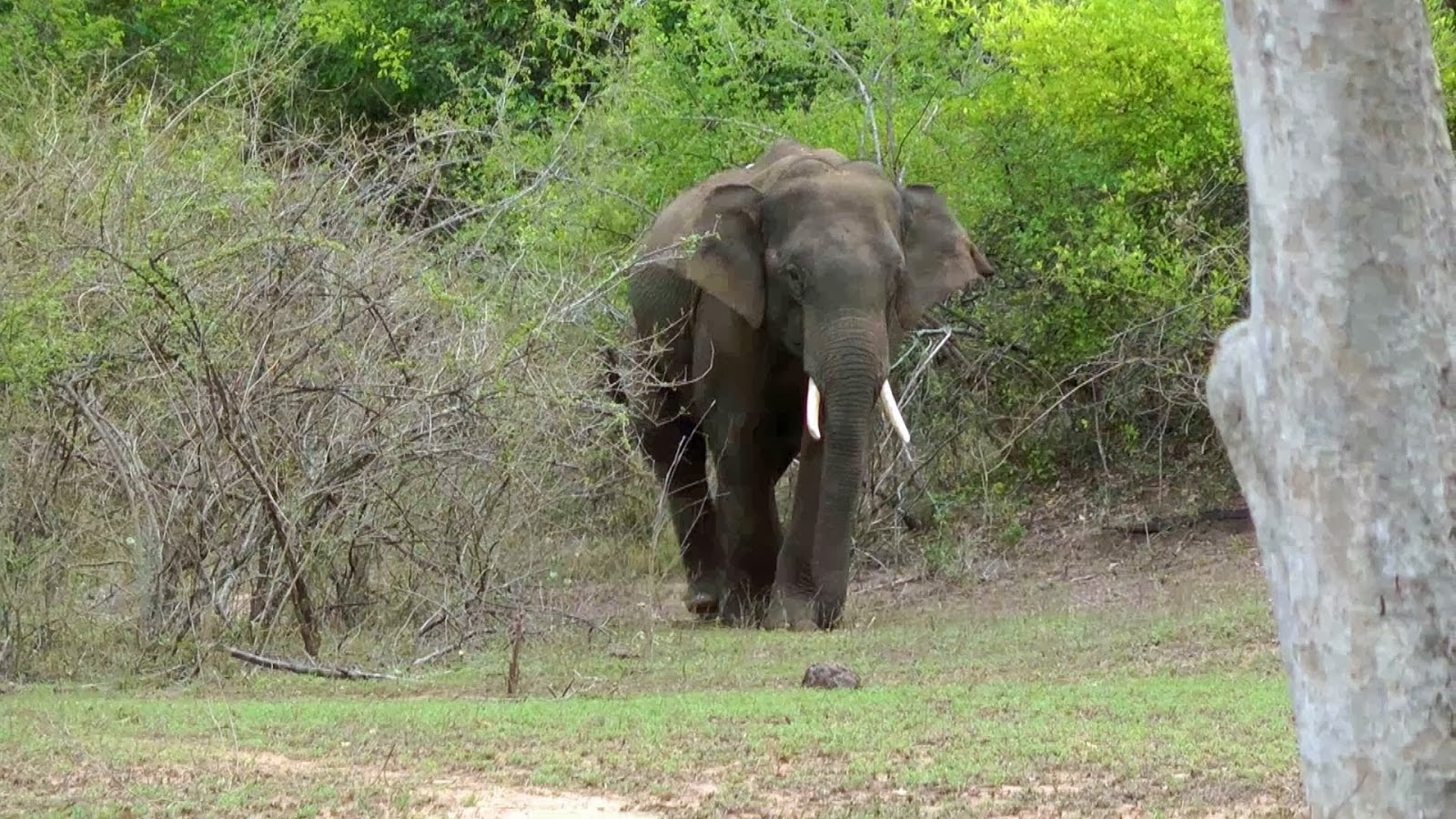 In Kerala, Wayanad is one of the beautiful districts praised for its location amidst lovely landscape. The district is also known as the home to a few of the oldest tribes that are untouched by civilization. The major attributes of the district include sprawling plantations of coffee, tea, rubber, pepper, and cardamom. Tribal village of Wayanad also makes an important tourist attraction in Kerala.

Thus, to make the best of the vacation, do not miss to visit Vythiri, Lakkidi, Kalpetta, Soochipara Falls and Banasura Dam. Elephant safari at Tholpetty Wildlife Sanctuary is also an important ‘to-do’ activity. 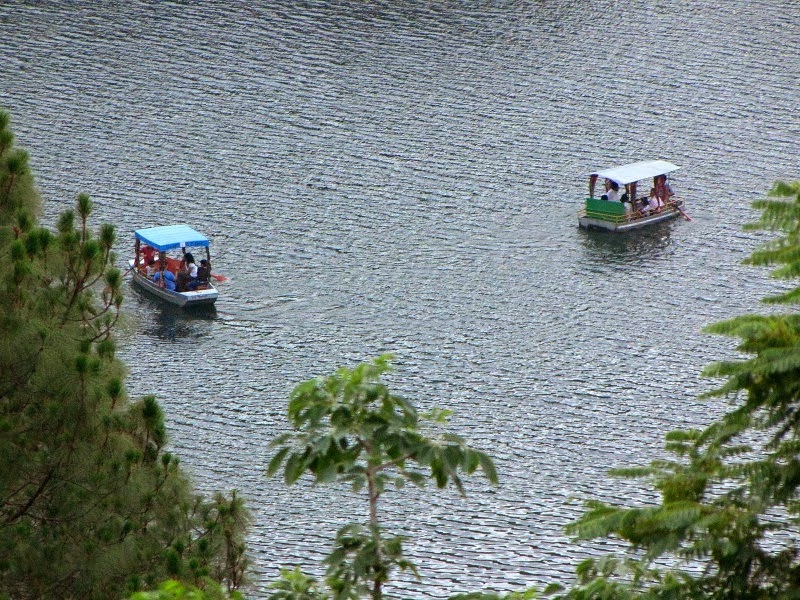 Naukuchiatal, located in Uttarakhand, is considered as a great weekend getaway from Delhi. Situated at a height of 1220 m, the picturesque location is praised for its peaceful environ. Moreover, the beautiful panorama of the hill station wins the hearts of nature lovers.

Here, the visitors get to enjoy the best of the nature. One can also enjoy a small road trip to reach Naukuchiatal as there is proper road connectivity available via NH 74. The hill-town is also dubbed as ‘lake of nine corners’.