In festivals in india, Festivals in India in March, India Fair & Festivals by gaurav ihpl // // Leave a Comment

Fairs & Festivals in India in March 2019

The month of March, in India, marks the beginning of spring season and during this time, the states of Rajasthan and Kerala play host to some popular and renowned festivals in India.

While Kerala will host many temple festivals, Elephant Festival and International Yoga Festival will happen in Rajasthan and Rishikesh. On the other hand, there is Goa whose environment will be filled with fun and frolic during Goa Carnival. So, plan a vacation to India in March and enjoy the vibrant culture and colors of celebrations. 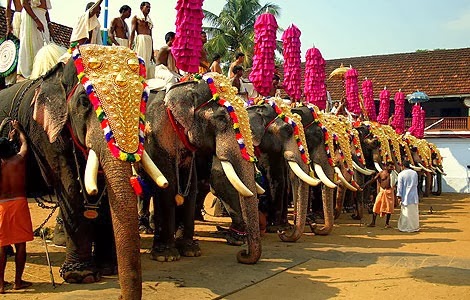 One of the most impressive festivals in Kerala, the Paripally Gajamela features around 50 richly decorated elephants. They form part of a ritual as they have the privilege of escorting the numerous gods and goddesses. The people of Kerala keenly observe elephant pageants during this festival. 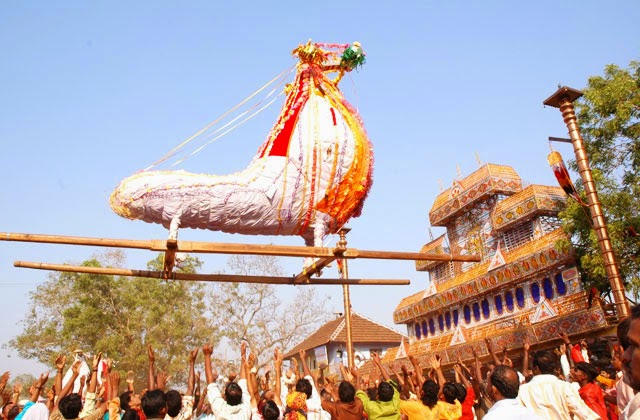 This is a temple festival and brims with colors and tuskers. Chinakkathoor Pooram is held annually at the Shree Chinakkathoor Bhagavathy Temple in Palakkad of North Kerala. Performances of Panchawadyam, poothanum thirayum, kaalavela, kuthiravela, aandi vedan, karivela etc fill the festival with magnetism and zeal. One of its biggest highlights is Tholpavakoothu, a traditional shadow puppetry. 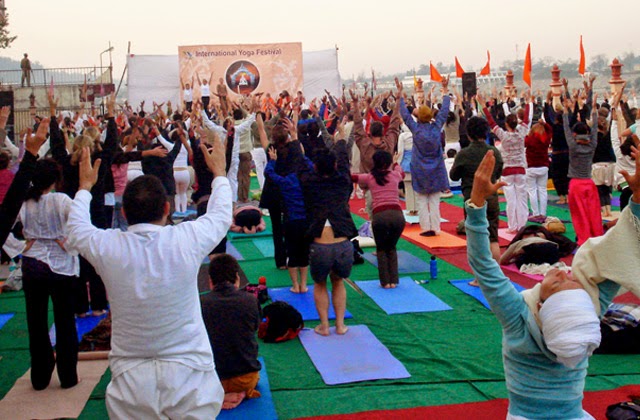 Organized by Parmarth Niketan Ashram in Rishikesh, the annual International Yoga Festival is a one week festival. More than 400 people from far-off places partake in this world’s largest yoga gathering. The festival offers world class yoga classes from world class yoga teachers, evening discussions with some leading spiritual leaders and vegetarian cooking classes among others
When: March 1-7, 2019
Where: Parmarth Niketan Ashram, Rishikesh, Uttarakhand 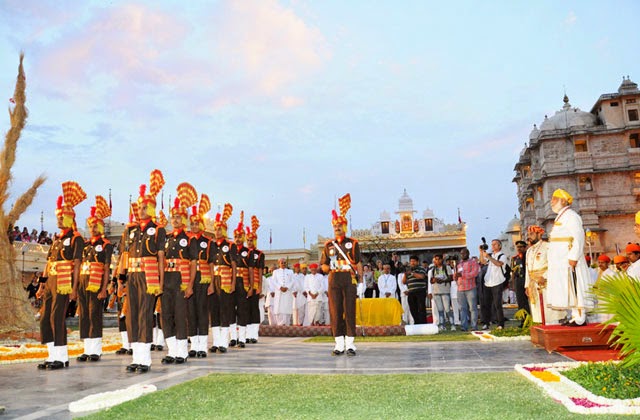 Organized by the royal family of Mewar, The World Living Heritage Festival promotes the cultural diversity of the Mewar region. The four day long festival comprises of arts and crafts workshops, photo exhibition, musical concerts, food festivals and various technical conferences. This year a food festival called Rangoli will be organized with colorful food and beverages. 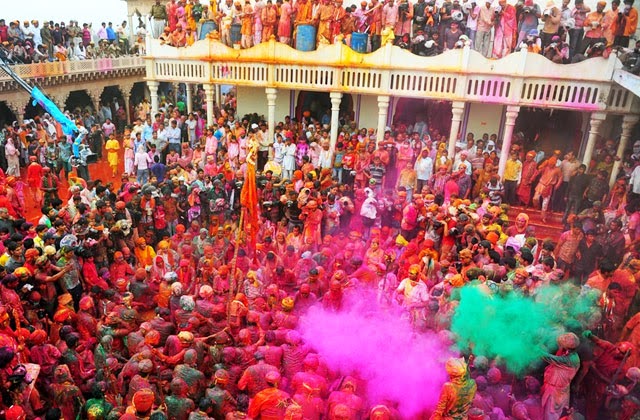 Commonly referred to as the “Festival of Color”, Holi is a time when people exuberantly throw color and water all over each other. They enjoy parties and dance under water sprinklers. On the occasion of Holi, Bhang is also consumed in the form of ‘Thandai’. It is a festival where people don’t mind getting wet and dirty. 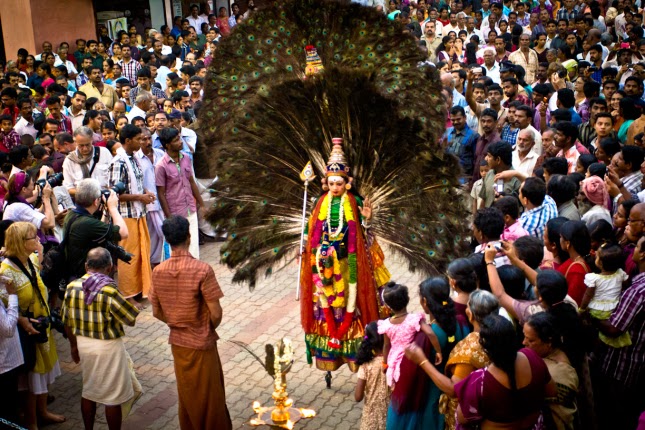 Celebrated at Thirunakkara Arattu in the Kottayam district of Kerala, Thirunakkara Arattu is a grand festival which starts on the first day of Meenam month of Malayalam calendar. The main highlight of the procession is decorated elephants which are accompanied by drummers and other performers. 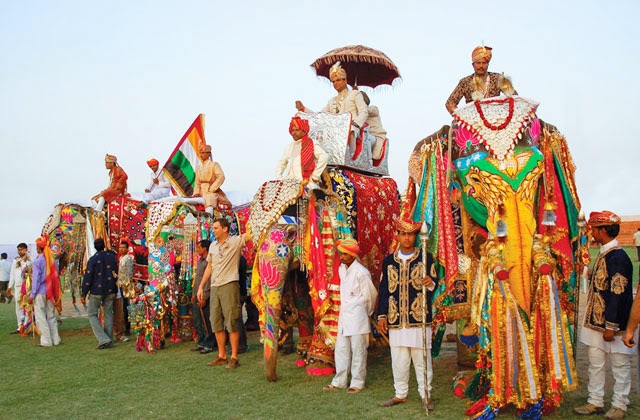 Organized on the eve of Holi, the Jaipur Elephant Festival is the best event to witness groomed and decorated elephants enjoying a parade around the city. One can also catch a glimpse of Elephant Polo Game. Adding to the entertainment is the tug of war game between elephants and human beings. 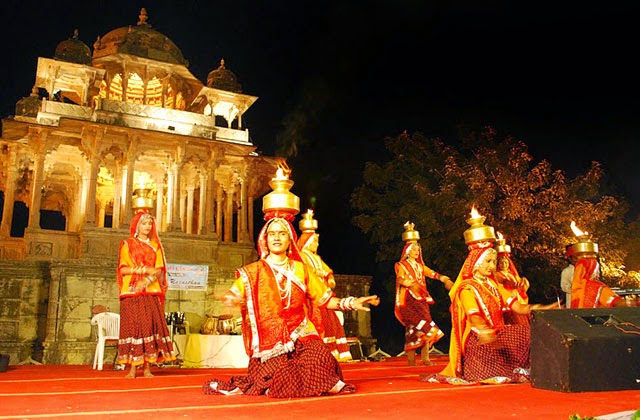 Sparkling tradition of Rajasthan is best portrayed through the dance and music performances that take place during Godwar Festival. Besides dance and music, the festival hosts bullock cart rides, horse race, and wildlife safari. Competitions like turban tying and tug of war add on to the enthusiasm and in the evening people gather for bhajans.  The celebration spans for three days and takes place in Ranakpur, which is famous for its Jain Temples and rural settlement. 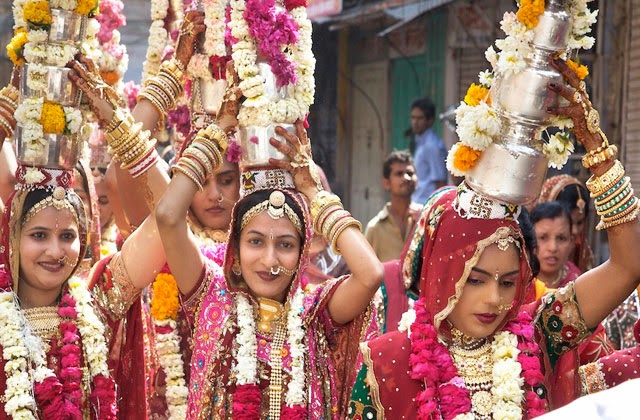 Gangaur Festival is one of the most important festivals for the people of Rajasthan, Gujarat and Madhya Pradesh; especially for the ladies who worship Goddess Gauri. The name of the festival has been derived from the words Gana (Lord Shiva) and Gauri (Goddess Parvati, wife of Lord Shiva), and they both symbolize marital bliss. During the celebration unmarried girls worship the gods so that they get to marry a nice boy; while married ladies worship for the welfare and long life of their husbands. Females apply henna and make images of Goddess Gauri with clay during the commencement of the festival. It is concluded after the departure of Goddess Gauri, which is followed by holy rituals. 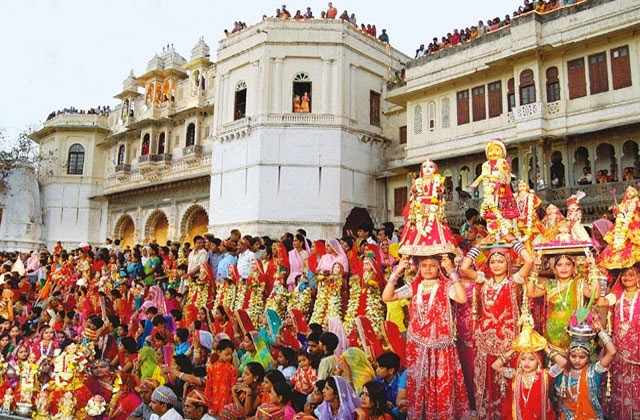 Mewar Festival welcomes spring season with zest and not just Udaipur, the whole Rajasthan state gets excited about this festival. As Mewar Festival coincides with Gangaur festival the colors of festivity is filled in the air for quite a long time. Shopkeepers adorn their shops with lightings and women wear the best attires. Cultural programs and performances add further spark to the charm of this festival. One shouldn’t miss the cultural performance as this is the best way of getting closer to the effervescent culture of Rajasthan. 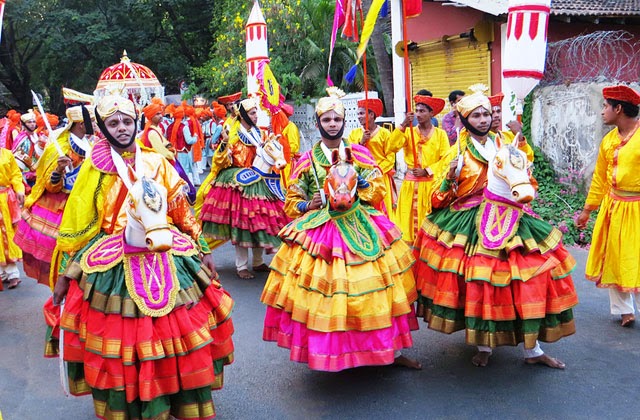 Shigmo is also known as Shishirotsava and it is a spring festival celebrated in the Goa state. Village deity is bathed and dressed in saffron robes on the first day of the festival, which is further followed by dance. The festival is celebrated by enacting the scenes of mythological stories, through folk and street dance. Various rural parts of Goa celebrate this 15-day long festival with different days earmarked for celebrations in different areas. There are two kinds of Shigmo festival, Dhakto (celebrated mainly amongst farmers) and Vhadlo (celebrated by everyone altogether). 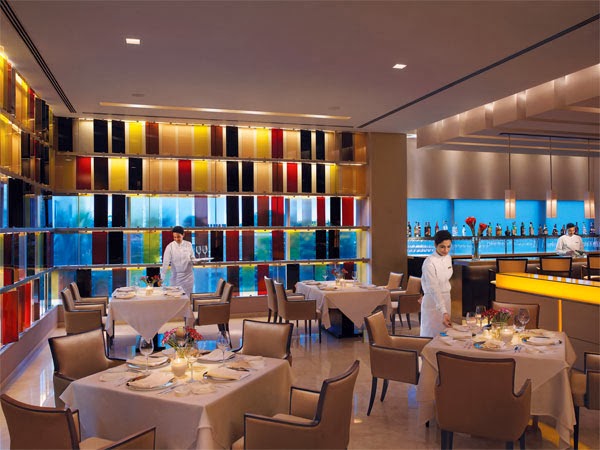 An opportunity to dine in some of the best and finest restaurants in India at a fraction of normal fare, India Restaurant Week is the best place to treat your bellies with great and lip-smacking food. Three course meals are served.

When: Yet to be announced
Where: Bangalore, Delhi and Mumbai