Places to Visit in India in May

Summer is the perfect time for a holiday. Usually, people pack their things and search for hideouts away from the burning heat of sun. What could be a better place than the hill stations of India? Indeed, the hill stations up north and down south are some of the best place to explore in summers. Not only because they offer respite from the burning sun heat, but they take care of your life. In this blog, we have listed top 10 tourist places to visit in India for your kind perusal. 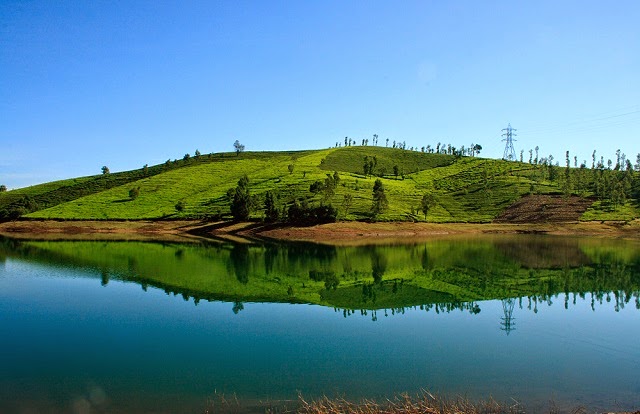 Fondly referred to as the ‘Queen of the Hills’, Udhagamandalam, also known as Ooty, is a beautiful hill town in Ooty. In Ooty, tourism is the backbone of economy and contributes a significant share in the economy of the Tamil Nadu state.

The town is famous for its abundant natural beauty and is clearly apparent through some of the most popular tourist places in Ooty. Some of the major tourist attractions in Ooty include Doddabetta Peak, Botanical Garden, Nilgiri Mountain Railway, Mudumalai National Park, Rose Garden, Sim’s Park and Emerald Lake. 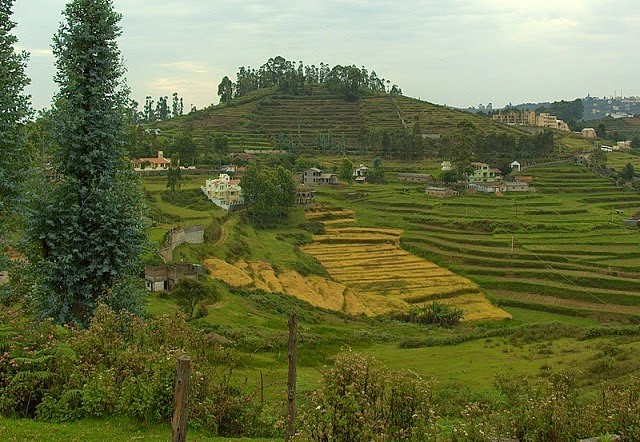 One of the finest hill stations in Tamil Nadu, Kodaikanal is located in the Palani hill range in the southern part of India. It is located at an altitude of 7,200 square feet above sea level. The most salient feature of this hill station is that it witnesses the full blooming of Kurinji flowers once in every 12 years. The hill town is well promoted by Kodaikanal Tourism Board which promoted it efficiently. The hill station has a host of adventure activities to offer to its tourists. 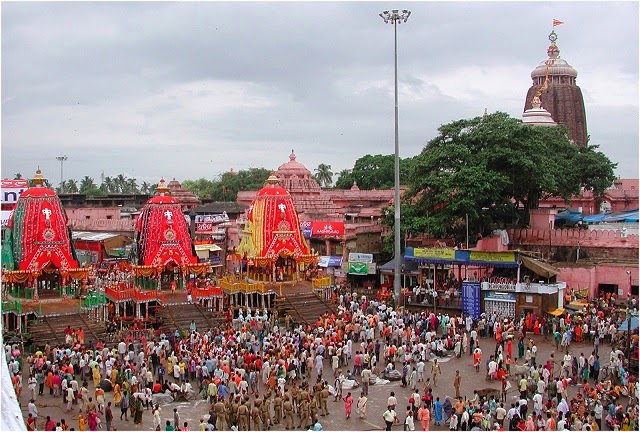 One of the holiest pilgrimage places in India, Puri, for Hindu pilgrims, is a religious destination where life revolves around the great Jagannath Mandir and its famous Ratha Yatra.

The other attraction of Puri is its long and sandy beach. This destination is situated in coastal plains of Odisha and certainly a traveler’s delight. Some popular temples in Puri include Shri Jagannath Temple, Sri Lokanath Temple and Sun Temple at Konark. One of the four sacred Dhams in India, Puri is also famous for its beautiful beaches.

[Interested in knowing more about the top 10 Temples in India] 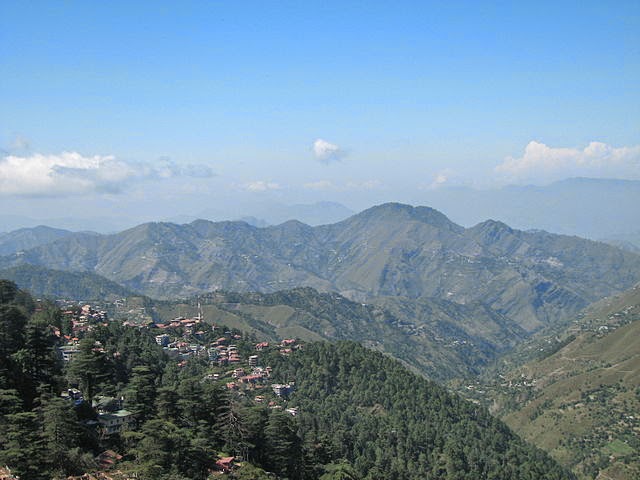 The popularity of Shimla is unconquerable. When it comes to North Indian hill stations, this hill station in Himachal Pradesh takes edge over other hill stations in this state. It is fondly known as a traveler’s paradise and is teeming with greenery, recreational facilities and enamoring flora and fauna.

The hill station abounds with medieval churches and superbly built mansions that will make you fall in love with city’s history and culture. There are endless opportunities to satisfy your desire. Besides, there are a handful of recreational activities such as paragliding, birding and trekking. 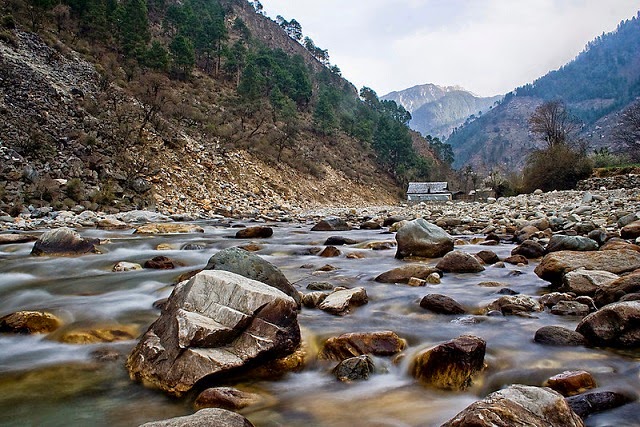 One of the most beautiful places in Himachal Pradesh, Thirthan Valley draws its name from Tirthan River, which originates from glaciers of Himalaya. It is a persistent river of cold and clear glacier water. It houses abundant of trout fish and is a virtual paradise for anglers. There is a Himalayan Trout House, which is a friendly place for locals and visiting fisherman, campers, trekkers and other holidaymakers. The Trout House offers different options of accommodation such as The Eco Cabin, The Mud Hut Suites and The Stone Cottage Suites. It is also Wi-Fi enabled. 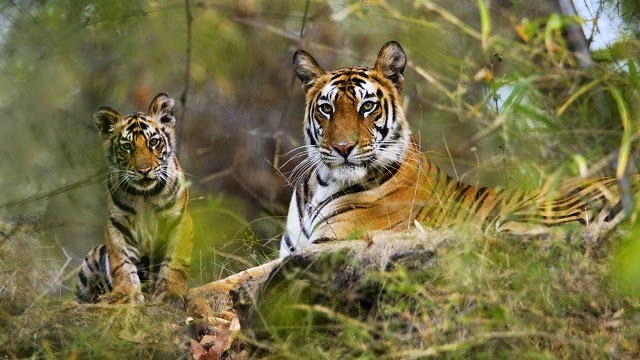 
[Plan your trip to Bandhavgarh National Park with our packages] 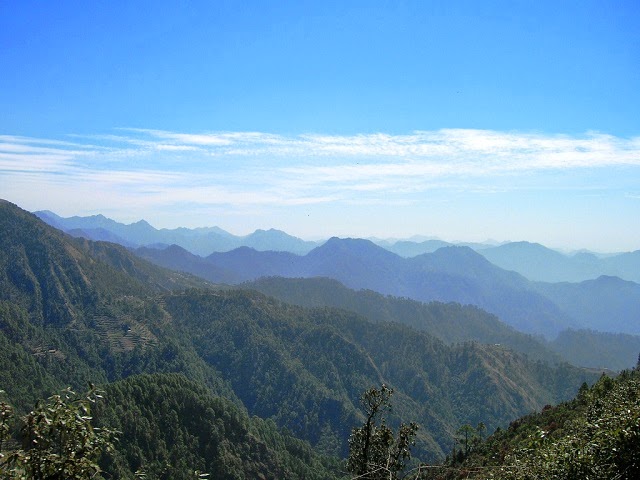 A popular tourist spot located in Uttaranchal, Mussoorie is a famous hill station and claims to be the ‘Queen of the Hills’. It is a perfect holiday getaway for many people around the country. With its picturesque backdrop and a variety of tranquility & mysticism, Mussoorie is a perfect hotspot for honeymooners, holidaymakers and trekkers alike. Some popular attractions in Mussoorie include Lal Tibba, Kempty Falls, Gun Hill, Jwalaji Temple, Municipal Garden and Camel’s Back Road. The best time to visit this place is either between mid-April to mid-May and September to November. 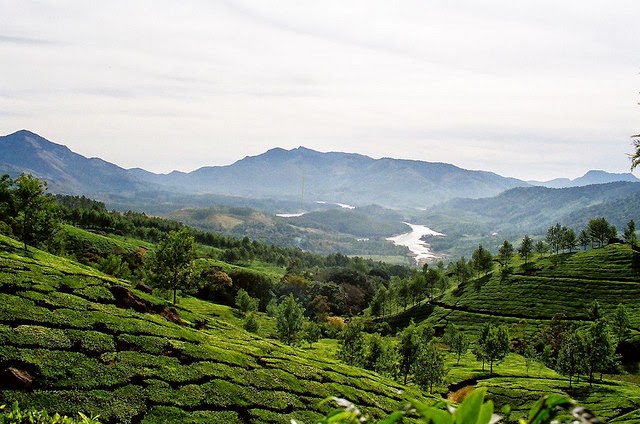 Situated in Central Kerala, Munnar is one of the most visited tourist destinations of the South Indian state. The literal meaning of the word ‘Munnar’ is three rivers. The hill town is located on the confluence of three small rivers- Kundala, Nallathani and Mudrapuzha.

This beautiful hill station is located at the foot of the Western Ghats and was the most favorite summer destinations for the British officials. It is also home to the highest peak in South India-Anamudi-which is around 2,900 meters above sea level. One of the major aspects of this hill station is a blue flower-Neelakurinji-which flourish once in every 12 year. 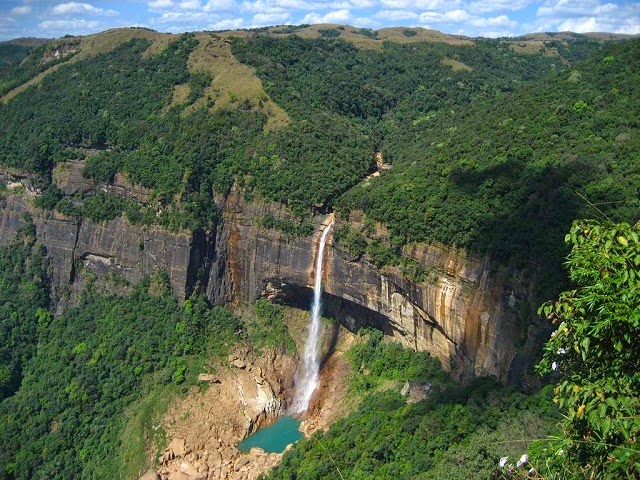 One of the most beautiful and serene land of abundant natural beauty in North-East India, Meghalaya attracts the tourists with gushing waterfalls, enchanting caves, intimidating mountains, fresh air and rusting pines. The capital of Meghalaya, Shillong is an awe-inspiring hill station.

There are several beautiful waterfalls in the state that offers wonderful vistas to the guests. Nohkalikai Waterfall in Meghalaya is the fourth longest waterfall in the world. The exotic variety of flora and rare species of birds make it a botanist and ornithologist delight. 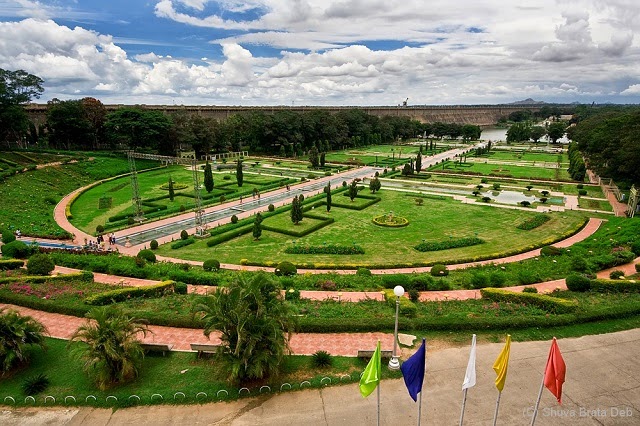 The second biggest city in Karnataka, Mysore serves as the capital of Wodeyar dynasty. It is also known as the city of palaces and known for its exquisite architecture. Once a sleepy town, Mysore evolved into a city of apartments, complexes, malls, supermarkets and IT companies.