Fair & Festivals in India in November 2018

If you are in between planning your visit to India, but are not very sure about which months to choose for the visit. I would immediately suggest you with November. During this time, the weather starts becoming cooler and dryer, and the full moon in November is considered to be very auspicious.

This is the month for all kinds of tourist activities like trekking, bird watching, rafting , hiking and mountaineering etc. Another reason for me suggesting November is that there are a lot of fairs and festivals all over the country. West and central regions of India are thriving with many fairs and festivals in November.

In reference to the above conversation I made a detailed list of all the festivals celebrated in India during November.

Diwali, famed as the festival of lights is one of the prominent festival of India which marks the beginning of Hindu New Year but also the victory of darkness over light. During this festive celebration the homes as decked with a lot of bright lighting candles and small clay lamps.

Cleaning and decorating houses with beautiful Rangoli form an extensive part of Dewali celebration. On the eve of Diwali people shop for new clothes, sweets, decorative items, crackers and a lot of decorative lightings.  Gambling on the night of Diwali is considered very auspicious. People visit their near and dear ones and give them gifts and sweets during the festival. 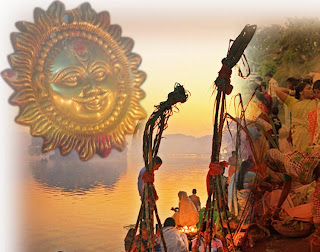 Chhat Puja, is a popular north Indian festival and is largely celebrated by the people of Bihar, Jharkhand and UP. On the day of Chhat Puja, devotees worship the Sun. Women on this day wake up early and take a holy bath in the Gange.

They even observe a fast for the day, even do not drink water. They stand for long hours in the water. As a part of ritual ‘aragh’ and ‘Prasad’ is offered to the rising sun. During this festival hymn and folk songs are sung for the well being of their family and friends.
When: 7 November 2018
Where: Bihar, Jharkhand and U.P 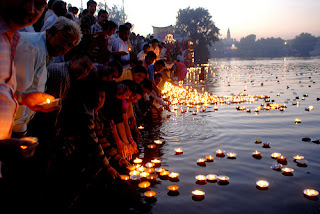 Kolayat Fair is one of the largest fair of Bikaner. The festival is celebrated on the day of Kartik Purnima in the small village Kolayat. The festival is named after a great sage, who is known to undertake intense meditation for the benefit of humanity.

During the festival a pilgrimage to the Kolayat Lake with 52 Ghats, which are beautifully lighted up. A cattle fair is also organized during the festival. A large number of tourists are attracted to witness this festival for its enchanting display of colorful Rajasthani culture and tradition. 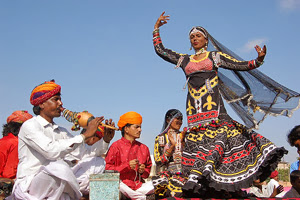 Bundi a small city in the Hadoti region of Rajasthan is of a particular architectural note for its ornate palaces, forts and stepwell reservoirs. This tiny city is famous famed for its Bundi festival among the tourists for Bundi Utsav.

The festival is a spectacular culmination of craftsmanship, traditional art, and culture  which is sure to surprise every visitor with its grandeur. The special highlights of this festival include Ethnic sports, colorful Shobha Yatra, Sightseeing, Bridal attire, Turban Competition, Dance and Music program along with sparkling fireworks display etc. 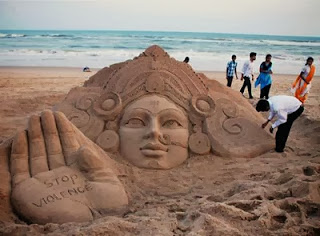 Puri Beach Festival is an annual event and is one of the most popular cultural festivals in Orissa. The festival is greatly popular among both domestic and international tourists. The beach festival of Puri is a secular festival and people from different backgrounds take part in its grand celebration.

The beach festival in Puri is a five-day occasion.  A major highlight of this festival is the Sand art, budding artists from Orissa art college make wonderful designs and artwork with the sand on the beach. The other activities that are sure to witness include classical and folk dance performances of India, fashion shows and handicrafts show etc. 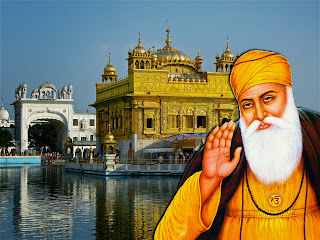 On the day of the festival the Guru Granth Sahib, the holy book is carried out of the temple in a huge procession. The temple is beautifully  decorated with lights and offers an incredible sight to enjoy. 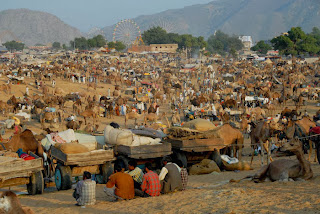 Pushkar Camel Fair is a traditional festival which features life oozing activities such as musical and cultural events. This festival is a must visit to experience the thrilling camel safari tours and staying in the traditional camps.

The sight of caparisoned camels parading along the their swarthy masters offers great delight. The Pushkar Fair creates a stir among the travelers with its awe-inspiring celebrations good enough to make everyone wide eyed. 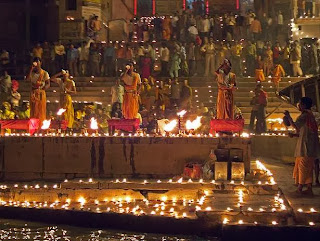 Ganga Mahotsav is celebrated along the holy banks of Ganga. During the celebration of this traditional festival a lot of cultural programs take place. The major highlight of the festival is on the last day in the midst of Vedic mantras chanting more than a million of floating lamps are floated down the river during the dusk. 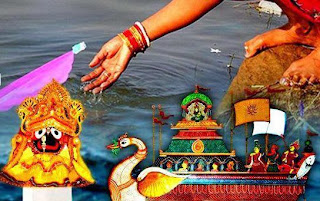 Coming to the northeastern part of the country in the month of November, Kartik Purnima and Bali Yatra are greatly celebrated with great fanfare in the state of Orissa. As a mark of celebration, women indulge in making eye catching Rangloi designs with colored powder.

Hymns are sung and prayers are offered at the temple. On this auspicious day the people also praise the maritime glory by floating tiny boats filled with flowers. The famous Bali Yatra is also conducted in the city of Cuttack.