In Attractions in Delhi, India Gate by Gaurav Kumar // // Leave a Comment 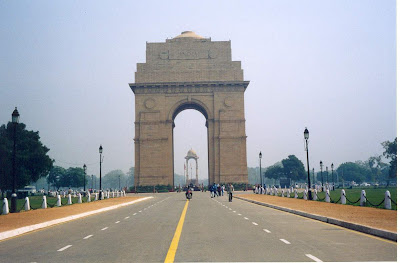 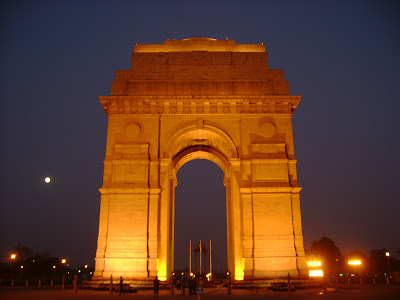 India Gate attracts tourist mainly because of the 42 m high Victory Tower erected to commemorate the Indian soldiers who fought and died in World War II. All along and across there are lush gardens which are kept well-manicured. This place looks magical when the lightings are turned on after the dark.

Usually summer is the best time to visit in India Gate and most of the people come here at the evening time or after the sunset and weekend is the time visited by the most of families. You can spend here some wonderful time after your daily’s work stress.

India gate offers a variety of environment like – children plays inside of the field, balloon seller comes around you and also could eat local street foods such as some popular are Dahi Bhalla, Gol Gappe, Bhelpuri etc., as well as ice cream and cold drink seller. The place takes on the appearance of a fair with cultural potpourri of India on showcase.

India Gate History at a glance:

Located at the centre of New Delhi, India Gate, is the India’s national epitaph. It was built in 1931, which is designed by Edwin Lutyens. The national monuments commemorates to the 70,000 Indian soldiers who had dead during First World War and another Amar Jawan Jyoti added after India’s independent in 1947, which burns day and night under the arch to remind the Indo-Pakistan War of December 1971.

A seeker, learner and explorer, Sandeep Manral loves to travel which could be attributed to the fact that he was born and brought up in Uttarakhand located in Great Himalaya, a digital marketing professional by profession, Sandeep also loves to write on diverse travel topics along with regular features on SEO and Digital Marketing tips and tricks.