10 Most Mysterious Places in India

Reading and studying about mystery is a topic, always of interest to a lot of people. Like many others, India also has a lot of mystery connection to it. Here is a list of 10 most mysterious places in India: 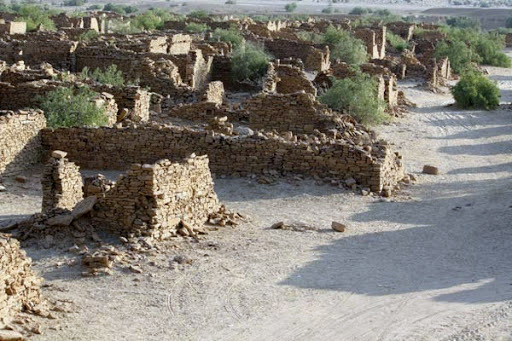 Abandoned since 1800s, Kuldhara is a ghost village, said to carry a curse of the villagers who had migrated to other places. Situated around 15 kms west of Jaisalmer, the village is a wreck now.  This prosperous village established in 1291 by Paliwal Brahmins. Legends suggest that 84 villages in this area were wiped out in the course of a single night. The reasons vary from  dark practices and other witchcrafts.


Locals have reported various accounts of an eternal being, Yeti living in the Himalayas. Many trekkers have seen red spots sprinkled all over the ice. Stories of mysterious meditating yogis in ashrams hidden in the inaccessible areas of the Himalayas also do rounds. Others also say that they have seen ghosts of people who were either soldiers or climbers who died.

Unexplained marsh ghost lights or Aleya lights have been reported by local fishermen in the West Bengal swaps. It is said that if one follows these lights, he often gets confused, loosing his way, which may result in his drowning. Many bodies have been discovered. It is said that  these lights are the ghosts of fisherman who died while fishing. However, these lights prove to be helpful sometimes.

Kottayam and Idukki in Kerala witnessed red-colored rain from 25th  July to 23rd September, which has been happening since 1986, the most recent one in June of 2012. These areas have an abundance of red-colored algae on trees, rocks and lamp posts. As per the scientists of Mahatma Gandhi University, these colored particles are extraterrestrial cells.

In Banni Grasslands Reserve, Rann of Kutch, Gujarat which is a seasonal marshy grassland, few mysterious dancing lights have been reported by the locals, which they call Chir Batti. It is said that these lights are as bright as a mercury lamp and also change color from blue, red, yellow to a pear- shaped moving ball. Being witnessed from centuries, they are sometimes very fast and sometimes standstill. Visitors and soldiers on border says that the light sometimes appears to follow them but the scientists say these lights are a result of oxidation of methane from the marshes.

Mistpouffers and Barisal Guns in Ganga and Brahmaputra Delta

Mystery sounds like a sonic boom of a jet or an airplane have been heard in the Ganga and Brahmaputra delta. The strange thing about these sounds are that they have been heard from the times when airplanes were not even invented and thus are confusing for the experts  too.

Roopkund Lake, a glacial lake is located in the Himalayan mountains at around 5000 m. In 1942, a forest guard made a chance sighting of about hundreds of human skeletons, on the banks of Roopkund. From past many years, various groups of Indian and European scientists have not been able to resolve the mystery. Various theories have been suggested till date to explain these well- preserved bones and skulls.

Kongka La pass, the Himalayas is a disputed land on the Indo-Chinese border of Aksai Chin and thus is is one of the least accessed areas too. The locals on both the sides suppose that there is an underground UFO base, known by both the countries. There are claims of the common sightings of UFOs coming out of the ground. Tourists are denied entry permits to this region.

Jatinga village, Dima Hasao, Assam remains in the news for its bird suicides happenings. A majority of the migratory birds who visit the village never leave and just drop dead on the streets, specifically between 6:00 p.m. to 9:30 p.m. on the moonless nights in the months of September and October. This happens on a definite 1 mile by 600 feet strip of land. Although several theories have been given but nothing has been exact.

Around 35 kms south of Calicut is Kodinhi with around 2000 families. A village with a Muslim majority, is known for its very high twin birth rate. Till 2009, there were 220 sets of twins  and two sets of triplets also. Even the women married-off in far away places also have high twin birth rate.