The Shekhawati Region in Rajasthan is known as the land of Rajputs that offers an insight to the culture, performing arts as well as rural farm life of this stretched semi-desert part of the Indian state. Most of the palaces, havelis and mansions in this region built during the 18th and 19th century are a proof of the magnificence of the rich culture of the country. The architectural marvel and beauty of these huge buildings is unmatched for.


Nawalgarh is once again all set to serve as the chief location of the Shekhawati Festival. The upcoming year, 2015 promises to bring in the most colorful festival of the year again. The final dates for the 20th Annual Shekhawati Heritage Festival are here and it going to be held from 12th to 15th February 2015.

So that the visitors can get a great idea of the whole region, the festival spreads in various venues like Nawalgarh, Sikar, Jhunjhunu and Churu but the Nawalgarh is the chief location to which Jaipur is the nearest. The main thought behind the organization of the festival is to attract more and more amount of tourists every year so that they can witness the friendly rural environment of this region. One gets a taste of humble hospitality of the rural hosts where you can also explore this picturesque rural destination too.

The Shekhawati Festival includes of some regular activities such as organized tour of the region where you visit the heritage buildings (havelis) of the region. During the festival, they are open for public visits. One gets an excellent opportunity to take part in various rural games and other sports activities.

Take part in Rassakashi, Matka Daur, Mehendi (Henna) or Rangoli or Painting competition etc. You can visit art exhibitions or can shop for some amazing handicrafts of the region. Workshops are also organized during the festival offering information about the art and craft. 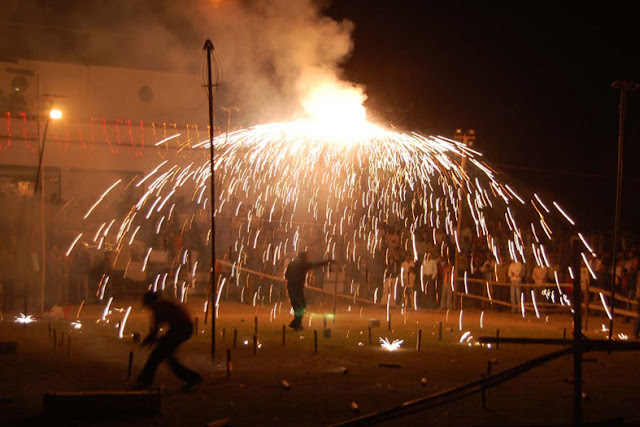 Another major attraction is the cattle fair where people from all over the state come, to buy and sell cattle. As far as food is concerned, you have various options to taste organic food at numerous stalls which are set during the festival. Seminars are organized so that visitors can understand the whole process of cultivation of such food. The festival also includes an award ceremony where students with merit as well as brave people of the local community are awarded.