Ganga Mahotsav To Begin From Saturday

Varanasi: Tomorrow is the inauguration of The 18th Ganga Mahotsav at Rajendra Prasad ghat, which was being held in the city from November 24th  to November 27th 2012.

Chanchal Kumar Tiwari, divisional commissioner, informed that reporters that world-famous names in the classical and semi-classical fields are going to perform during this cultural event which has been organized for 4 days. Some of the names are Ratan Mohan Sharma, Pandit Vishwamohan Bhatt, Bhajan Sapori, Banaras Hindu University, a group of the students from the faculty of Performing Arts as well as quite a few local folk artists.


At the same time, quite a few traditional sports events will also be organized such as Kushti at Assi ghat, Gada, Malkham at Rajendra Prasad ghat, Ganga Marathon (starting from Sant Ravidas ghat to Dashawamedg ghat), Boast race.


Along with this, various other events such as solo dance, group dance, folk-classical singing competitions, instrumental music etc will also be organized for the students of a number of schools at Sanskritik Sankul, Chowkaghat. 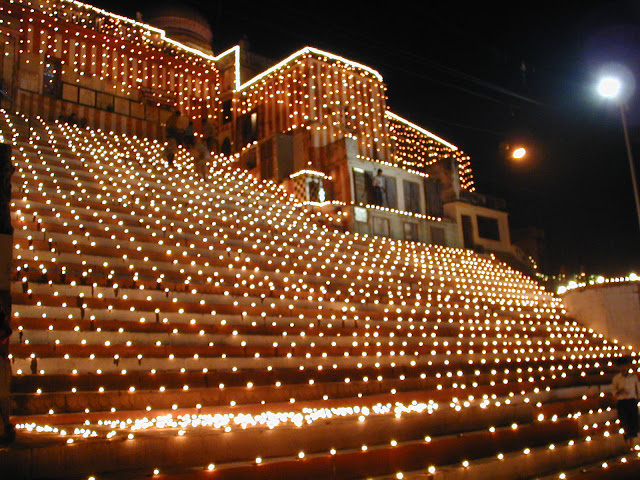 In the same line of Ganga Mahotsav, Ministry of textile, New Delhi is also organizing Gandhi Shilp Bazaar at Urban Haat (a 10-day fair), Sanskritik Sankul in the last week of November. Tiwari revealed  the prime motive of Shilp Bazaar is the promotion of handicraft as well as handloom products. People who are going to participate in this event are going to come from Mumbai, Uttar Pradesh, Sikkim, Orissa, Bihar, Kerala, Bihar and so on. They want to come up such kind of a direct platform for the artisans so that they can talk to buyers and exporters on their own. Shilp Bazaar has sent invites to around 200 artisans, some of whom have received awards at state and national level. The ministry also has offered free stalls to 30 handloom artisans along with 150 handicrafts artisans.
Newer Post Older Post Home