5 Tribes of India with Fascinating Traditions

India is a colorful land with numerous mysteries hidden it its heart. These enigmas has always charmed people from all around. Foreigners visit India for its heritage, culture, festivities, traditions and food but if seen carefully, there no is particular Indian culture, as India is home to several traditions and cultures that co-exist here. This peaceful co-existence only beautifies and shows unity in diversity in India.

All the 29 states and 7 Union territories have their own historical past, their rituals and their customs, varied from each other. After modernization and globalization, there have been changes in the lifestyle of several communities living in cities and towns but there still are groups of people who still holding onto their age-old ancient traditions, practices and customs. These people mainly are the tribes of India. Because of this, their heritage possessions becomes remarkable. The blog enlists 5 tribes of India with fascinating tribal traditions:

Chitrakars and Patuas: Tribals Who Make Songs and Paint on Fabrics 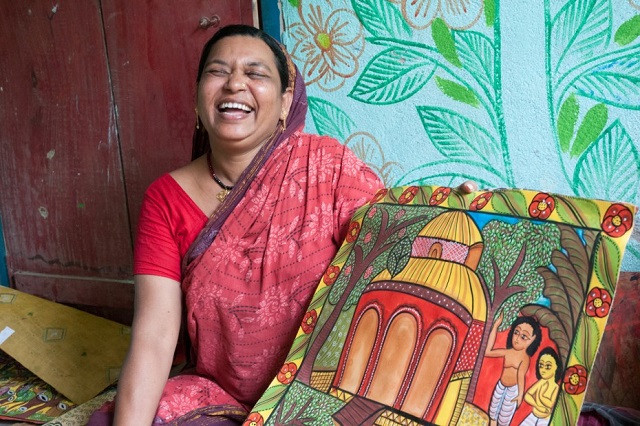 Painting on fabric or Patachitra, is known to be one of the most ancient indigenous art forms of Bengal. Chitrakars and Patuas are the tribes that are known to have a connection with this art form. The best feature of these people is that they are not only painters but they make beautiful songs too. The people can be described as travelling artists who carry their narrative scrolls around and narrate mythological takes with morals in the form of stories.

As they are singing, they unfold their scrolls as an illustration of their composition’s content that has been written as well as composed by their group members. It is believed that this tribal tradition in India finds its roots way back in the 13th century. Chitrakar and Patua are terms referring to Hindu and Islamic characters of the members of the tribe who stay together peacefully. They are known to be the masters of social change and entertainment by coupling-up paintings, singing and technique of storytelling. However, it is heart-wrenching they are losing their popularity and just a few people of this tribe live in Noya Village, West Bengal.

Cholanaikkan: A Primitive Tribe That Worships Ancient Spirits and Trees 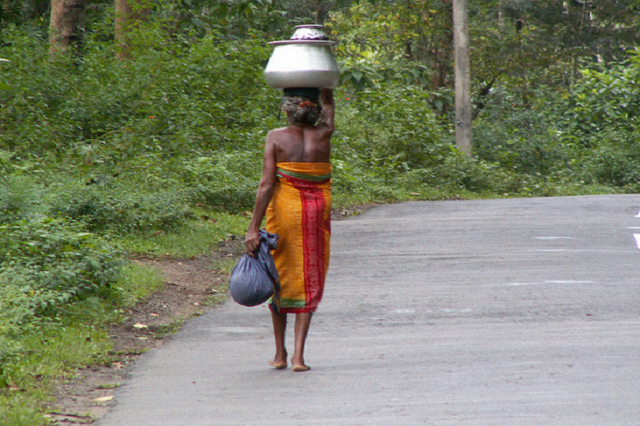 The indigenous group living in south Indian state of Kerala, mainly in the Silent Valley National Park, the Cholanaikkans interact in old Dravidian dialect and just a handful of hunter-gatherer tribal members are remaining. This is an aboriginal tribe that is endangered, lives in makeshift huts and rock shelters in solitude. They were away from any kind of modernization, still following the stone-age lifestyle, until the 1960s when contact was made with them for the very first time.

They have made small modern adaptations like using household tools and wearing clothes, but they still enjoy seclusion and stay away from modern standard of life and technology. They continue their life sticking to the Mother Nature. These tribal people follow animism and worship ancient spirits, not believing in idol worship. The trees are their only devotional symbol that they worship them too.

Living in the northeastern state of Meghalaya, the Khasi tribe gets its named from the language in which they interact. A major chunk of their population resides on Assam’s border areas. A Matrilineal System is followed by this ethnic tribe. Under this system, the woman is the head of the family, a girl child inherits the mother’s property and children get the surname of their mother. This is just one of the special features of this tribe.

Another outstanding feature is having no strict rules against divorce. A marriage is terminated only after a strange method of divorce is completed. The traditional ritual in divorce process requires the husband handing over 5 paise to his wife after which the wife adds her own 5 paise to this and finally return the total. The 2 coins are given to an elderly member in the village. He tosses the coins, thus concluding the process of divorce.

Siddi: An African Tribe with only its Traditional musical possession 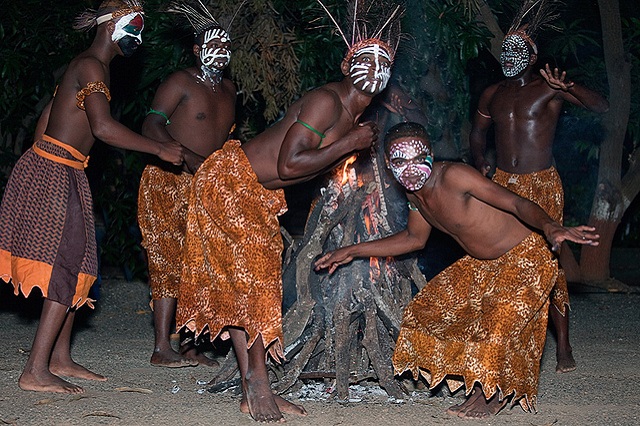 There are 20,000-55,000 Siddi tribal member sprinkled in Indian states like Gujarat, Hyderabad and Karnataka, and Karachi and Makran in Pakistan. Little is known about their origin but it is still known that they are the progenies of Bantu peoples of belonging to Southeast Africa. They were transported to India as slaves by the Portuguese and Arab merchants somewhere between the first half of 600 AD and the first half of 700 AD. As they have lived in India from centuries, they imbibed several Indian customs, thus, losing their original African cultural traits. Nevertheless, there is one thing that they have been able to hold onto, which is their traditional dance and music form.

This tribe in Gujarat though has taken-up a lot from the region’s locals but they have conserved the Goma (also known as Dhamaal) dance and music form, that originated from Ngoma dance and drumming forms in Bantu East Africa. This is a spiritual music and dance form where it is believed that the performers become the vehicles for the spirits of their ancient saints.

Jarawa – The Tribe That Changes the names of their Pubescent Members 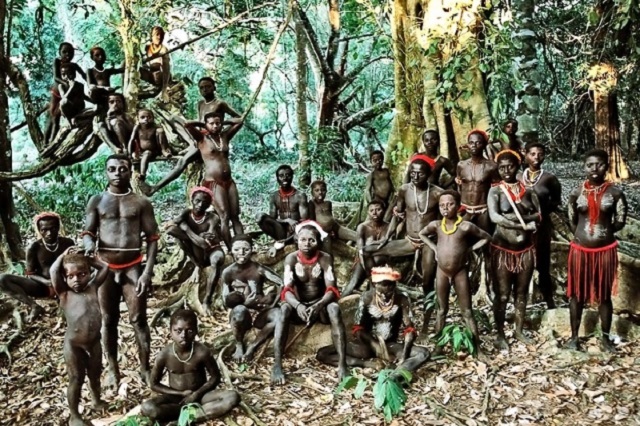 The native people of the Andaman Islands, the Jarawas, have not been unfriendly towards the modern civilization but they have held onto your original customs and traditions. Like other tribal traditions, there is no reason behind the customs that are followed by these people, the Jarawas have full trust in them. One such very exciting custom is that they rename their children, during an extravagant ceremony, when they attain puberty.

As mark of their growing up, the boys and girls need to partake in different activities. While they boys are needed to kill a pig and offers to the village members, the girls are smeared in pig oil, gum and clay. After this, they get their new names. Apart from this, there are a number of other traditions of Jarawas, that can be termed as interesting. Although the tribe members are non-vegetarian but are careful of not eating the meat of deer even if it found in abundance in the region as they consider it sacred. They also follow natural methods of birth control.

It is no exaggeration when said that though these tribes are considered backward but there are probably a number of things that can be learned from them. The Gowda tribe of Goa is known to be practicing a number of rights to women, in matters of society, politics and economy. Their wives are allowed to inherit her deceased husband’s property. Living in a Utopian society, the Mru tribe of Jalpaiguri in West Bengal can teach an egalitarian lifestyle to people. They have just a few inherited positions, have equal rights for all the members of the tribes, even in troublesome conditions and there is no caste system here.

The Kharia Tribe of eastern India is another such tribe holding onto its old rituals such as still practicing their primitive dance form where they dance and singh for each other, be it individually or in groups. Apart from this is The Bhotiyas of Northeast India who make use of marijuana as Bhang during religious purposes. Halakki tribe of Karnataka though is quickly vanishing tribe but they really value their music. The female members of the group are extremely vocal about all the phases of their lives through self-composed songs and poems.

Along with the above mentioned tribes, there are a number of other tribes in India, such as Baule, Mishing, Chechus, Kharias, and Sentinelese, who live in the private corners of the country, pretty away from any modernization. They still follow their ancient traditions wherein some are extremely interesting tribal traditions of India. One can easily get a sneak-peak into primitive style of living but can also learn the art of co-existing peacefully without belittling each other. The best to experience all this is by taking your backpack and visit the secret corners of the country where the tribals still conserve their traditions.