Fairs & Festivals in India in January 2019

India, a land inhabited by more than a billion human population, is never short of reasons to celebrate. These reasons can either be religious or change of seasons, the country stays packed with fairs and festivals round the clock. Be it the divinely tripped sacred of Kumbh at the confluence of Ganga and Yamuna or the cultural festival depicting the ancient traditions of South India, the festivals are celebrated with in depth enthusiasm and spirit. Some of the prime festivals and fairs in the colorful country of India are as follows: 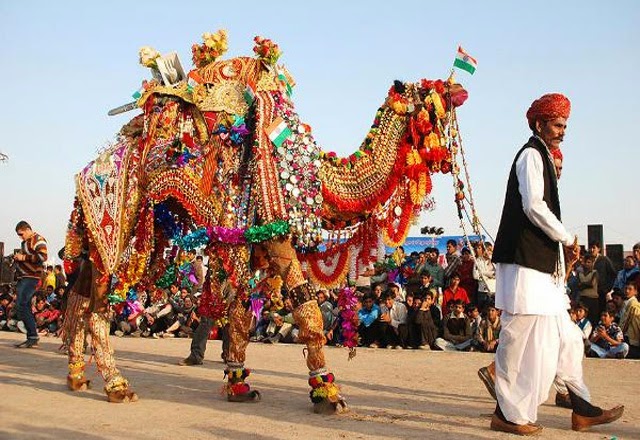 Adding colors to the lively city of Bikaner is the annual camel fair, which is organized by the Department of Tourism, Art and Culture of Rajasthan. As per the name, the prime attractions of the fair are camels which get dressed up like brides with jeweled necks and Jingling anklets. These traditionally dressed camels are made to dance gracefully in an amazing rhythm by their trainers. Thereby, creating a mystical scene of colors that seems to dazzle thousands visiting the fair. 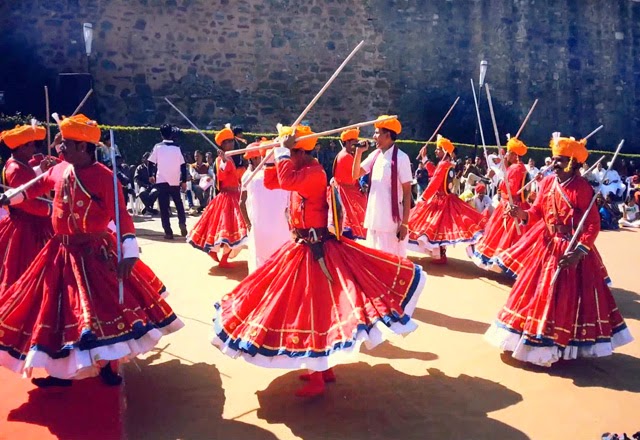 Where: Kumbhalgarh fort, near Udaipur in Rajasthan 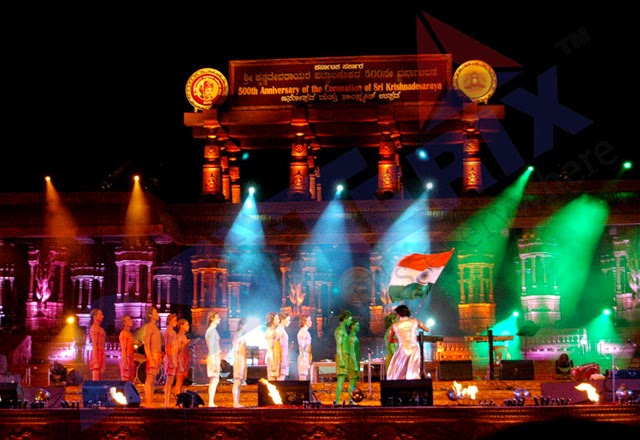 Also known as Hampi Utsav and Vijaya Utsav, Hampi festival is an old tradition of the ruined city of Hampi. The festival boasts of bright colored and traditionally crafted leather puppet which are attempted to be reproduced in the ancient style. Beside  the celebrated , Hampi festival is also known for classical  dance and singing performances in certain avenues of the region.


When:  To be Announced
Where: Hampi, Karnataka 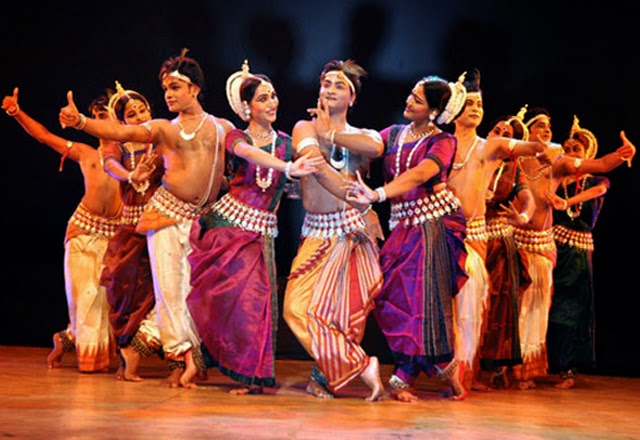 
When: Late December until early January
Where: Mamallapuram, Tamil Nadu 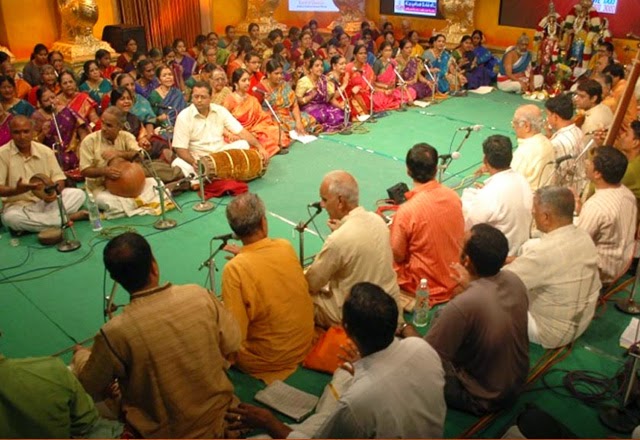 Bringing down the connoisseurs of Carnatic music and dance from all across the globe, the Chennai Music Festival, also known as the Madras Music Session is a promising platform for young talents to display their skills. This famed music season was first started in the 1920s by a group of individuals. During its early days, it used to be scheduled between March and April. In order to attract more tourists to this music festival, the organizers decided to shift it around the December month.

When: Mid December to mid January each year 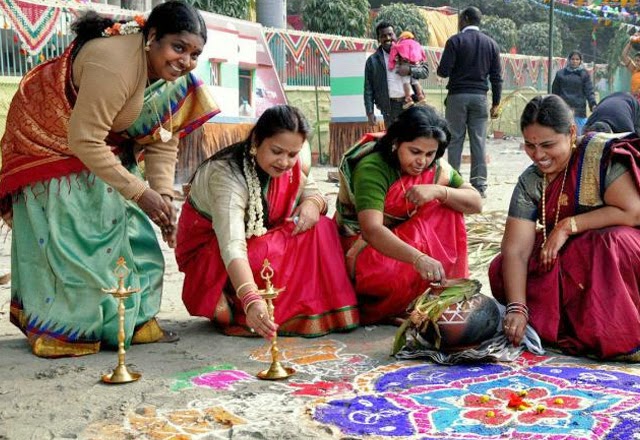 One of the most popular harvest festivals of South India, Pongal marks the beginning of Uttarayan-Sun’s journey towards North. As per the tradition, there is a ritual of boiling fresh milk in new clay pots during the Pongal festival. The festival is celebrated for four days. First day of the festival is termed as Bhogi and on this day old clothes and materials are thrown away. Whereas the second day is dedicated to the milk ritual. 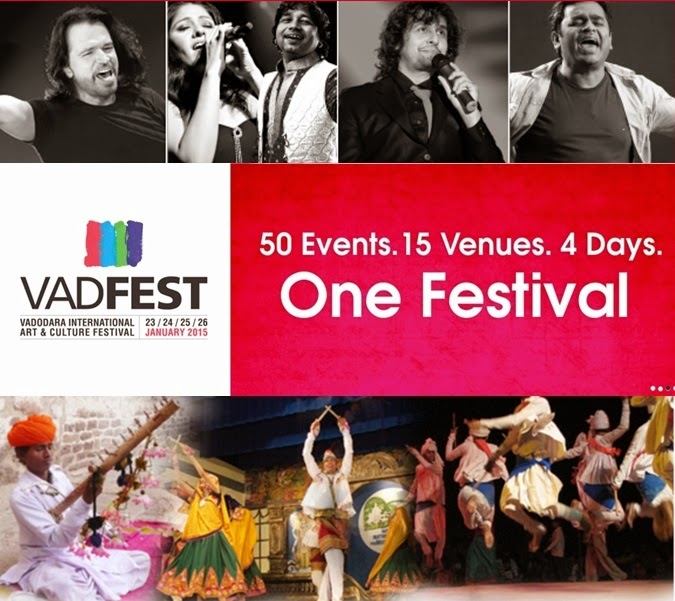 Covering around 50 events in 4 days, Vadfest is an international art and culture festival which lures down the country’s legendary artists into its kaleidoscopic diversity.

When: To be Announced
Where: Vadodara, Gujarat 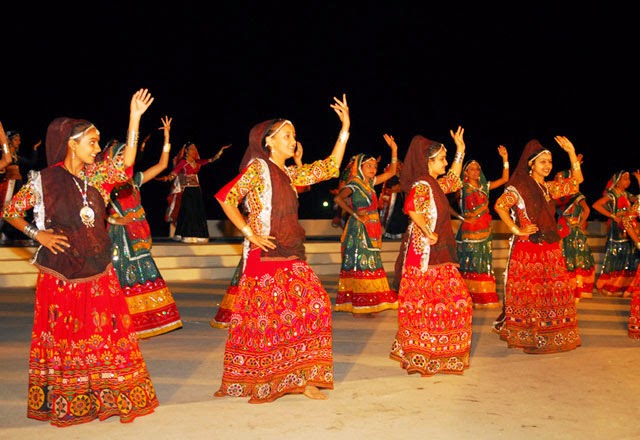 Changing the white of into a colorful rendezvous of culture, the Rann Mahotasav is a fascinating festival held annually in the state of Gujarat. This cultural extravaganza attracts thousands to its endless cycle of dance, music, art and craft.

a perfect blend of enthusiasm and the spirit of celebration, the Rann Mahotsav kick starts on the full moon night December. 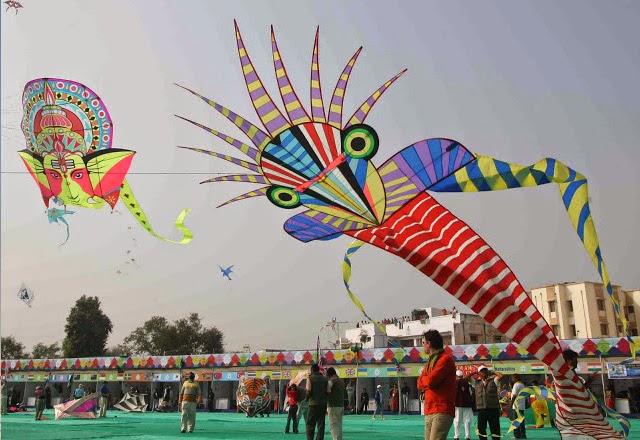 Among the numerous festivals celebrated in Gujarat, the International Kite Festival signifies the cultural strength  of the state. Coincided with the festival of Uttarayan or Makar Sankrati, the kite festival marks the onset of  the spring season.

Colorful kites fill up the skies of the state which look so splendid. The excitement of the kite festival continues even at the night time. 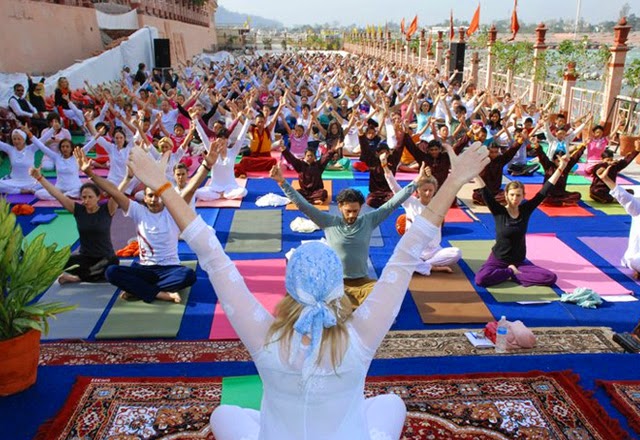 An invitation to all the Yogis and peace seekers, India Yoga festival offers a harmonic blend of traditional Yoga and vivid spiritual tendencies of the world. All the days of the festival  include classes, workshops and Kirtans conducted by renowned Yoga teachers and artists from across the country. 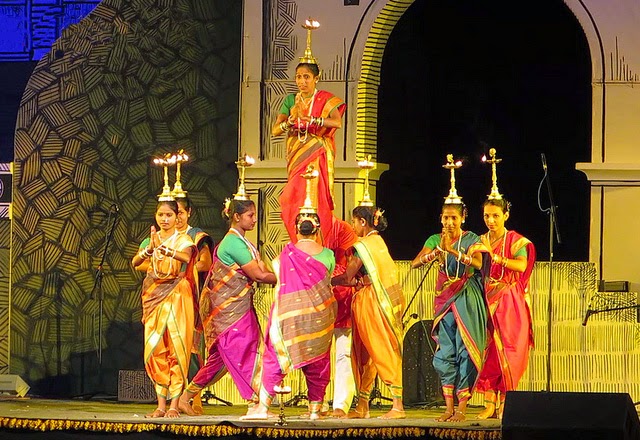 A renowned platform for presenting various folk dances and music of the respective states of India, the Goa Lokotsav Folk festival is gaining huge popularity with every passing year.

The idea behind this festival of Goa is of the folk culture and handicrafts of the different states of the country. It is organized by the of Art and Culture in Goa.

The Story of Light Festival 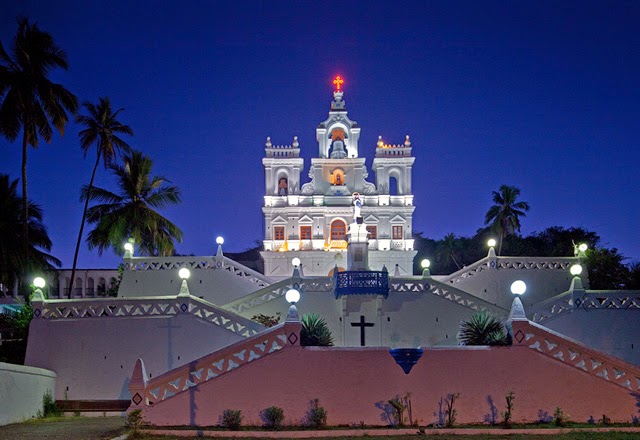 Scheduled to take place in the capital city of Panjim, the Story of Light Festival seeks to fuse science and philosophy through art and design.

Blessed with different themes like ‘Light and Life’, ‘Light in Technology’, ‘Our Universe’ and ‘Seeing & Perceiving’, the festival exhibits some of the brilliant creations of light. 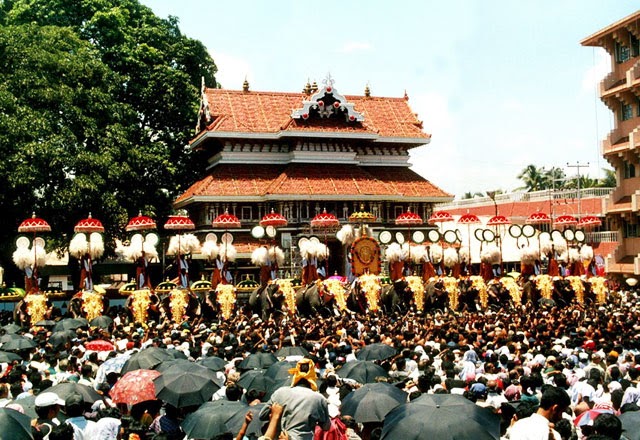 of the festival, the elephants are usually decorated with glittering ornaments which give a traditional look to these most loved animals in Kerala. 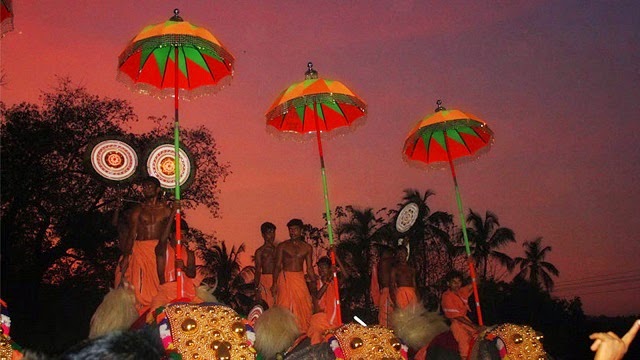 Kerala Highly famous in the city of Kochi, Ernakulathappan Uthsavom is celebrated the premises of Ernakulathappan temple. Grand ceremonies and splendid procession of elephants draws a lot of attention of the tourists. Special rituals and are carried on all through the festival days. 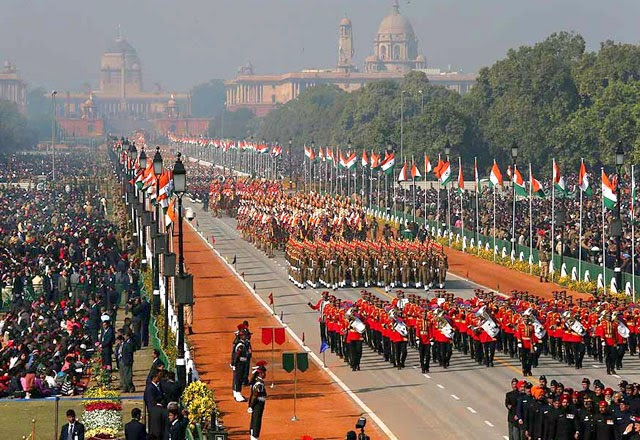 To mark the importance of the Republic day, an iconic parade is held in the capital city of New Delhi. Every year, the parade commences from the Raisina near the Rashtrapati Bhavan, then make its way to . Just before the march of the republic day parade, the Prime Minister of India lays a floral wreath at the Amar Jawan Jyoti, which is a memorial of Indian soldiers at the India gate.

When: January 26 each year
Where: New Delhi. 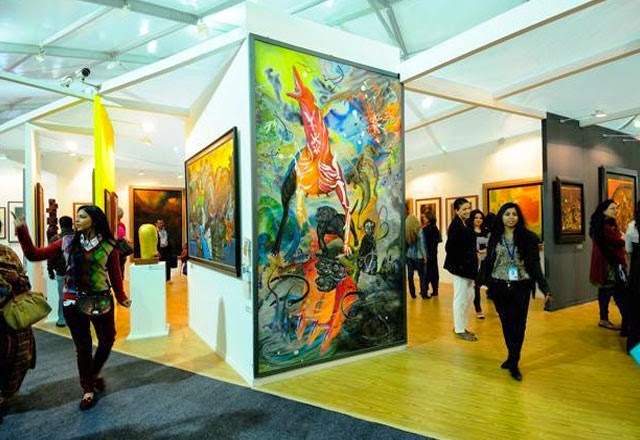 South Asia’s leading art fair for modern and contemporary art, the India Art Fair takes place in New Delhi every year. Previously known as India Art Summit, the fair includes a plethora of paintings, sculptures, Prints, drawings and various other arts. It is the biggest fair of its kind in the world and attracts thousands of tourists from all over the world. 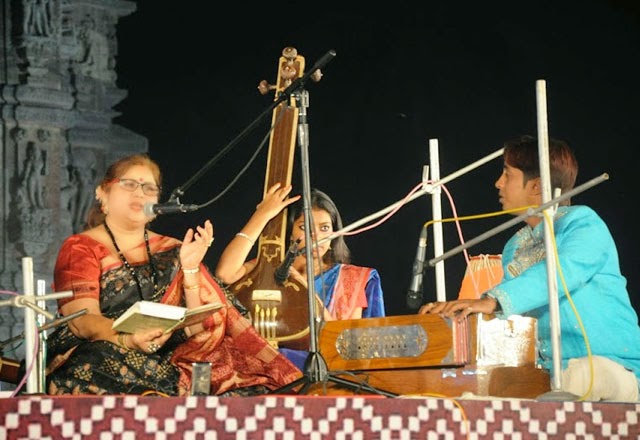 A well known festival of Orissa, Rajarani Music Festival is held against the backdrop of  the ancient Rajarani temple.

The heavenly music along with the excellent surroundings of  the festival creates a lasting impact in the minds of the visitors. 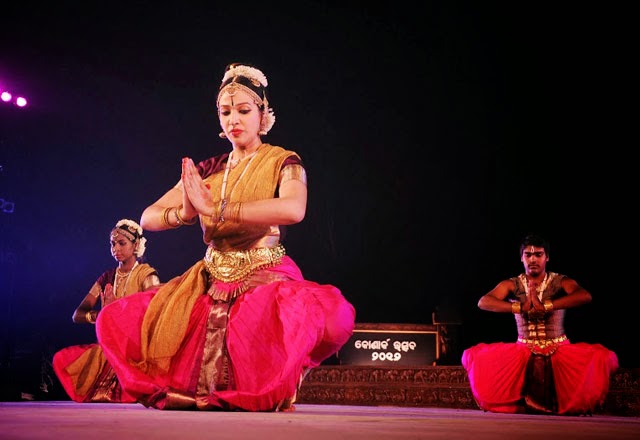 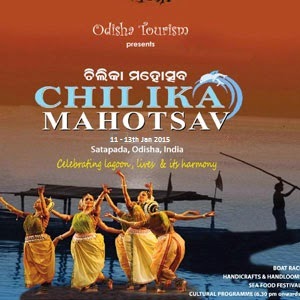 Near the capital city of Puri, a festival dedicated towards promoting Chilika lake, is now gaining huge popularity in Orissa.

Named after the tranquil lake of Chilika, the Chilika festival showcases maritime tradition, art and craft. It also offers various water sport opportunities to the tourists exploring the festival. 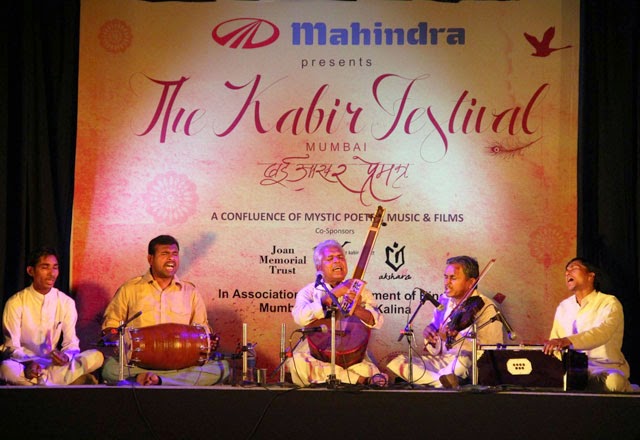 Organized by the evolving Kabir community in Mumbai, the Kabir festival is a country wide affair to celebrate the words of Kabir and various other legendary Sufi poets of all time.

Various artists from across the length and breadth of India are invited for the auspicious event. The highlights of the festival are  story telling and film screenings of the Bhakti poets. 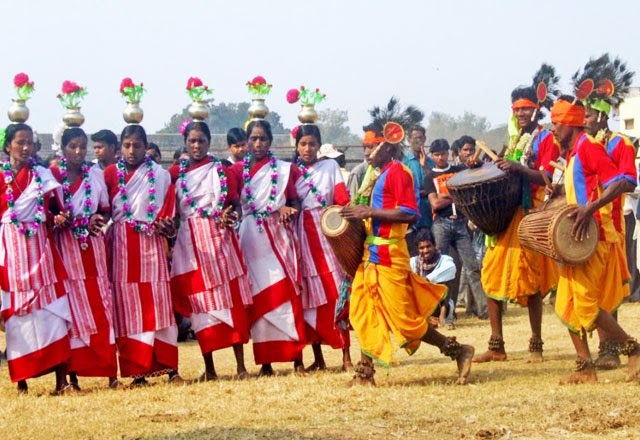 Held on the occasion of Makar Sankranti in the Birbhum district of West Bengal, the Kenduli Mela is dedicated to the birth of the famous poet Jaydev Kenduli.

It is primarily a three day musical event which enthralls its visitors with its soulful music. Moreover, the festival serves a unique opportunity to meet the wandering minstrels, know as . 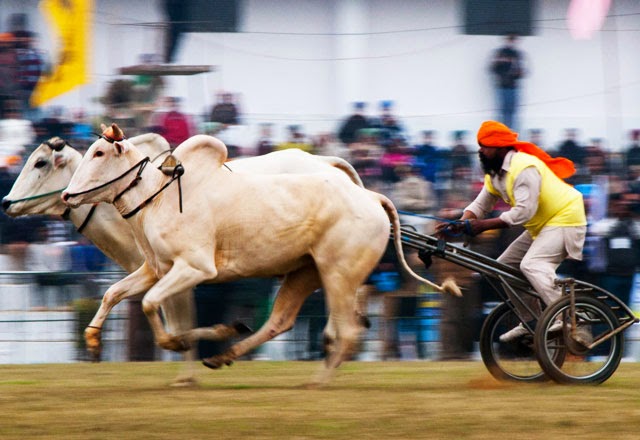 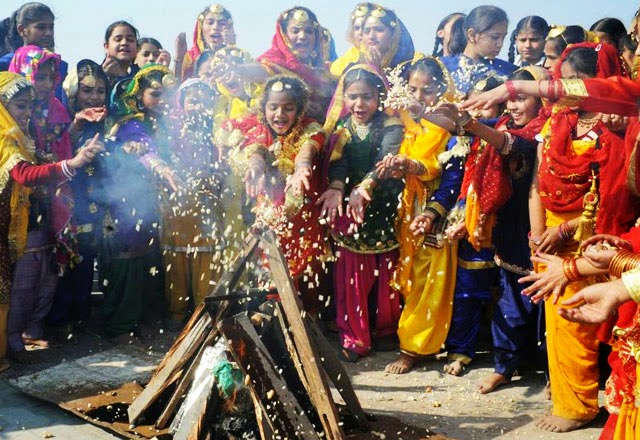 The long awaited bonfire festival of North India originally started from the Punjab region of the country. It is one of the most joyful occasion for every Punjabi as it reflects the community’s love for festivals and celebrations.

Dancing on the beats of dhol in front of the ritualistic bonfire is the major highlight of this festival. 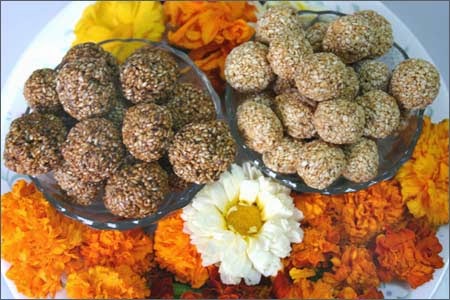